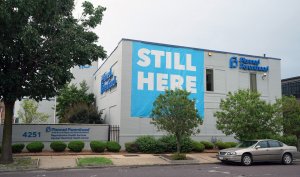 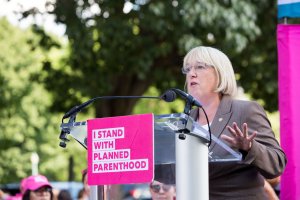 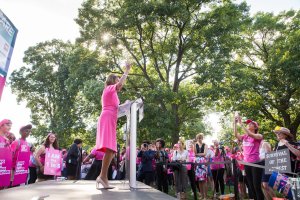 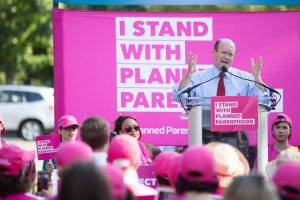 U.S. News // 1 week ago
'This is not patient care': Abortion providers await court decision on Texas law
When Texas imposed the most restrictive abortion law in the nation, doctors and clinics were forced to move their patients quickly to out-of-state providers.

U.S. News // 3 weeks ago
State district court judge to hear challenges to Texas' abortion law
A state district judge on Wednesday morning will hear arguments from abortion providers challenging Texas' restrictive abortion law in what could be the first court hearing over the statute's constitutionality.

Planned Parenthood Federation of America (PPFA), usually referred to simply as Planned Parenthood, is a non-profit organization that provides reproductive health as well as maternal health services in the U.S. and internationally. PPFA is an affiliate of the International Planned Parenthood Federation (IPPF) and one of its larger members. PPFA has its roots in Brooklyn, New York, where Margaret Sanger opened the first birth-control clinic in the U.S. She founded the American Birth Control League in 1921, which changed its name to "Planned Parenthood" in 1942. It has since grown and consists of approximately 174 affiliates and 700 health clinics in the United States and abroad.[3][4]

FULL ARTICLE AT WIKIPEDIA.ORG
This article is licensed under the GNU Free Documentation License.
It uses material from the Wikipedia article "Planned Parenthood."