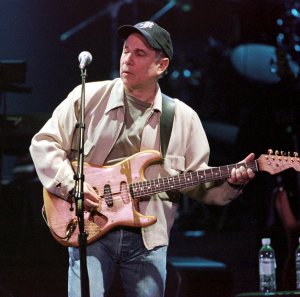 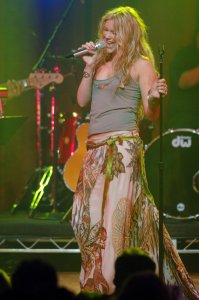 Health News // 10 months ago
COVID-19 infections in LA up to 55 times higher than reported
An early analysis of antibody testing from Los Angeles County finds a coronavirus infection rate that is up to 55 times the number of confirmed COVID-19 cases.

Music // 2 years ago
Paul Simon plays final performance in Queens, N.Y.
Singer-songwriter Paul Simon has wrapped up his farewell tour in his hometown of Queens, N.Y.

Music // 3 years ago
Paul Simon announces dates for farewell tour
Paul Simon has announced his final performing dates as part of his upcoming Homeward Bound - The Farewell Tour which begins in May.

I'm sure I could play 'Summertime' or 'I've Got Rhythm,' but I did not particularly study the Gershwins

I could go down about three, four times a year

Might we record? You never know; I suppose that's not a far-fetched notion

Simon is best known for his success, beginning in 1965, as part of the duo Simon & Garfunkel, with musical partner Art Garfunkel. Simon wrote most of the pair's songs, including three that reached number one on the US singles charts, "The Sound of Silence", "Mrs. Robinson", and "Bridge Over Troubled Water". In 1970, at the height of their popularity, the duo split, and Simon began a successful solo career, recording three highly-acclaimed albums over the next five years. In 1986, he released Graceland, an album inspired by South African township music that helped fuel the anti-apartheid movement. Besides music, Simon wrote and starred in the film One-Trick Pony in 1980 and co-wrote the Broadway musical The Capeman in 1998.

FULL ARTICLE AT WIKIPEDIA.ORG
This article is licensed under the GNU Free Documentation License.
It uses material from the Wikipedia article "Paul Simon."
Back to Article
/