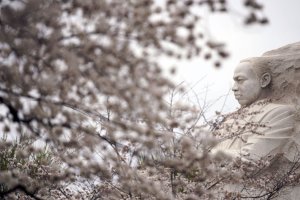 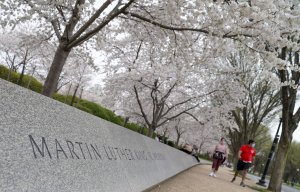 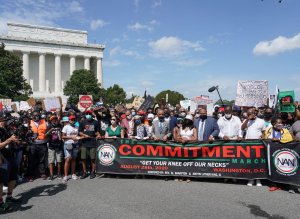 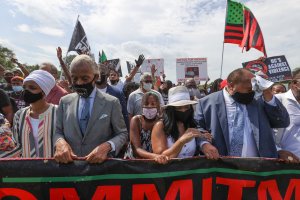 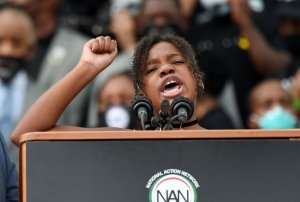 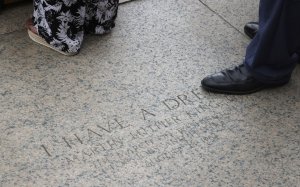 Top News // 2 weeks ago
The Almanac
On April 4, 1949, representatives of 12 nations gathered in Washington to sign the North Atlantic Treaty, creating the NATO alliance.

U.S. News // 2 months ago
Walmart gives $14 million in first round of funds promoting racial equity
Retailer Walmart announced on Monday that it has given more than $14 million to organizations nationwide that advocate for racial equity, the first part of a $100 million commitment.

U.S. News // 2 months ago
COVID-19 rules enforced, Oval Office redesigned as Biden moves in to White House
The incoming Biden administration is making changes to how business as usual will be conducted in the White House, including enforcing stricter COVID-19 regulations compared to its Trump administration predecessor.

My father would be so proud of these four individuals to whom we are all indebted. It is fitting that this celebration falls just two days before we inaugurate our first black president, an occurrence made possible, in part through the work of these honorees, and through the work of my father

I can't speak for God, but I believe there was something for Mr. Obama to do, and he was called to do it

It is powerful and significant on a spiritual level that there is the emergence of Barack Obama 40 years after the passing of Dr. King

Martin Luther King, Jr. (January 15, 1929 – April 4, 1968) was an American clergyman, activist, and prominent leader in the African-American Civil Rights Movement. He is best known for being an iconic figure in the advancement of civil rights in the United States and around the world, using nonviolent methods following the teachings of Mahatma Gandhi. King is often presented as a heroic leader in the history of modern American liberalism.

A Baptist minister, King became a civil rights activist early in his career. He led the 1955 Montgomery Bus Boycott and helped found the Southern Christian Leadership Conference in 1957, serving as its first president. King's efforts led to the 1963 March on Washington, where King delivered his "I Have a Dream" speech. There, he expanded American values to include the vision of a color blind society, and established his reputation as one of the greatest orators in American history.

In 1964, King became the youngest person to receive the Nobel Peace Prize for his work to end racial segregation and racial discrimination through civil disobedience and other nonviolent means. By the time of his death in 1968, he had refocused his efforts on ending poverty and stopping the Vietnam War.

FULL ARTICLE AT WIKIPEDIA.ORG
This article is licensed under the GNU Free Documentation License.
It uses material from the Wikipedia article "Martin Luther King Jr.."
Back to Article
/