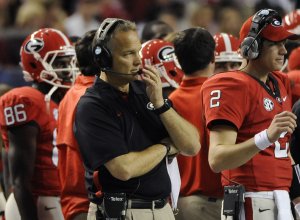 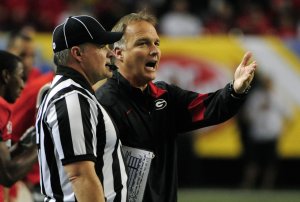 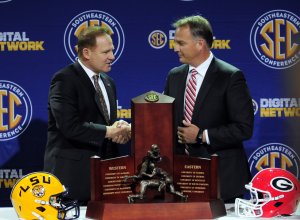 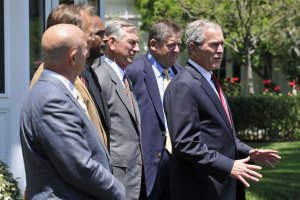 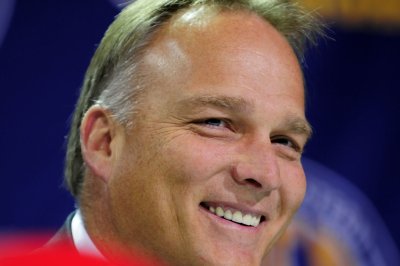 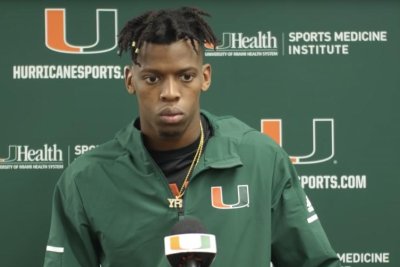 College Football // 2 years ago
Report: Miami QB N'Kosi Perry embroiled in social media snafu
The University of Miami could be facing a starting quarterback dilemma for next week's bowl matchup against Wisconsin. 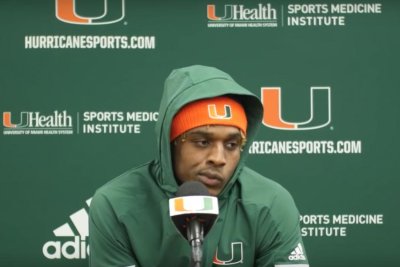 College Football // 2 years ago
Familiarity abounds as No. 2 Georgia hosts Tennessee
There's no shortage of familiarity between the staffs of the Tennessee Volunteers and No. 2 Georgia Bulldogs.

College Football // 2 years ago
No. 21 Miami takes on road challenge at Toledo
Both coaches are expecting an enthusiastic turnout Saturday when No. 21 Miami (1-1) takes on unranked Toledo (1-0) Saturday in the Rockets' Glass Bowl home.

College Football // 2 years ago
No. 8 Miami Hurricanes get early test vs. No. 25 LSU Tigers
When No. 8 Miami faces No. 25 LSU on Sunday night in Arlington, Texas, both schools will get an indication of whether they're ready to be a national contender.

Mark Richt (born February 18, 1960) is the head coach of the University of Georgia Bulldogs football team. His previous affiliations include fourteen years at Florida State University, where he served as offensive coordinator and quarterbacks coach, and one year as offensive coordinator at East Carolina University. Currently in his tenth season at Georgia, Richt is the longest-tenured active head football coach in the Southeastern Conference.

Richt was born in Omaha, Nebraska and grew up a Nebraska Cornhuskers football fan, but was not recruited by the Huskers. He graduated in 1978 from Boca Raton High School in Boca Raton, Florida, where he was a star quarterback. He played for the University of Miami in the early 1980s, graduating in 1982. He served as backup quarterback to future Pro Football Hall of Fame quarterback Jim Kelly, although an injury to Kelly early in the 1982 season put Richt in the starting role for most of the season.

Mark Richt started his coaching career in 1985 as a volunteer quarterbacks coach for the Florida State Seminoles (FSU), serving under Bobby Bowden. Richt left the Seminoles to join East Carolina University as their offensive coordinator in 1989. After one year at East Carolina, Richt returned to Florida State to serve as the Seminoles' quarterbacks coach. He was promoted to offensive coordinator in 1994 upon the departure of Brad Scott. Under Richt’s direction, Florida State had some of college football's most explosive offenses; in his seven years as offensive coordinator, the Seminoles ranked in the nation’s top five scoring offenses on five occasions, were top twelve in total offense five times, and top twelve in passing offense five times. The 2000 Seminoles offense finished the regular season ranked first nationally in total offense (549.0 yards per game), first in passing offense (384.0 ypg), and third in scoring offense (42.4 points per game).

FULL ARTICLE AT WIKIPEDIA.ORG
This article is licensed under the GNU Free Documentation License.
It uses material from the Wikipedia article "Mark Richt."
Back to Article
/