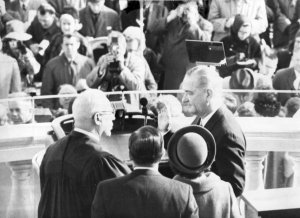 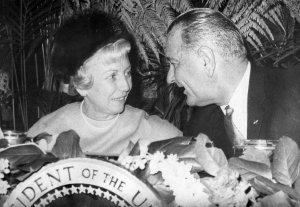 U.S. News // 5 months ago
'Mother of Father's Day' introduced holiday 110 years ago
Millions of American fathers will be honored and celebrated on Sunday, but Friday marks 110 years since it was first observed in the United States.

Defense News // 7 months ago
Navy accepts delivery of USS Zumwalt
The Navy announced Friday that it has accepted delivery of the multi-mission surface combatant USS Zumwalt.

Movies // 1 year ago
Marchant Davis says 'Day Shall Come' character 'doesn't know failure'
Márchant Davis talks about his first feature film role in "The Day Shall Come" as a viral preacher targeted by the FBI as a terrorist. The film is in theaters Friday.

He just has to swallow hard and do what JFK di

If there was ever royalty in Texas, Lady Bird embodied it

The Harris County Hospital District is a governmental entity with taxing authority that owns and operates three hospitals and numerous clinics throughout Harris County, Texas, United States, including the city of Houston.

The Harris County Hospital District was created by voter referendum in November 1965 and formally came into being as a political subdivision with taxing authority on January 1, 1966. Its creation is largely attributed to the publication of Jan de Hartog's novel The Hospital, which described the horrific conditions of the Jeff Davis Charity Hospital. The new district replaced an existing city-county system in which the two governmental bodies shared funding responsibility.

A Hospital District is a governmental entity in Texas, established pursuant to the Texas Constitution or the general statutes of Texas, and its purpose is to provide medical care to the needy residents of a particular county.

FULL ARTICLE AT WIKIPEDIA.ORG
This article is licensed under the GNU Free Documentation License.
It uses material from the Wikipedia article "Lyndon Baines Johnson."
Back to Article
/