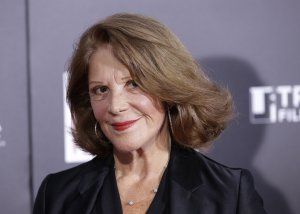 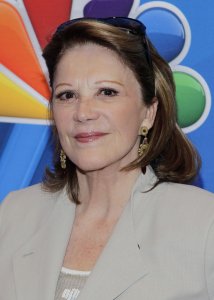 Top News // 5 years ago
The Almanac
On Oct. 15, 1946, Nazi Reichsmarschall Hermann Goering, sentenced to death as a war criminal at the Nuremberg Trials, committed suicide in his prison cell on the eve of his scheduled execution.

Entertainment News // 5 years ago
Beth Howland, 'Alice' star, dead at 74
Actress Beth Howland, most known for her role as waitress Vera Louise Gorman on '70s and 80's sitcom "Alice," has died at the age of 74.

Top News // 6 years ago
The Almanac
On Oct. 15, 1990, Soviet leader Mikhail Gorbachev was awarded the Nobel Peace Prize for his work towards ending the Cold War.
TV // 8 years ago
'Sean Saves the World' canceled by NBC
NBC has canceled "Sean Saves the World," a freshman sitcom starring Sean Hayes as the gay single father of a teen daughter, the Hollywood Reporter said.
Odd News // 8 years ago
The almanac
UPI Almanac for Tuesday, Oct. 15, 2013.

Linda Lavin (born October 15, 1937) is an American singer and actress. She is best known for playing the title character in the sitcom Alice and for her Broadway performances.

Lavin was born in Portland, Maine, the daughter of Lucille (née Potter), an opera singer, and David J. Lavin, a businessman. Her family was musically talented, and Lavin has been onstage since the age of five. Upon her graduation from the College of William and Mary, she had already received her Actors' Equity Association card. She was a member of the Compass Players in the late 1950s. By the early 1960s, Lavin made a name for herself in New York City on Broadway and appeared on the (both 1966) cast recordings of The Mad Show (on which her performance of Stephen Sondheim's "The Boy From..." gained note) and "It's a Bird...It's a Plane...It's Superman" (from which one of her numbers, "You've Got Possibilities," was the album's best-received song and, years later, was featured on a Pillsbury commercial).

In 1967, Lavin made an appearance as Gloria Thorpe in a television version of the musical Damn Yankees with Phil Silvers. In 1969, Lavin married actor Ron Leibman, and by 1973 the couple had arrived in Hollywood.

FULL ARTICLE AT WIKIPEDIA.ORG
This article is licensed under the GNU Free Documentation License.
It uses material from the Wikipedia article "Linda Lavin."