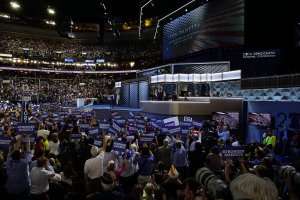 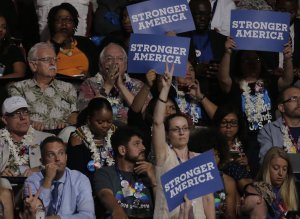 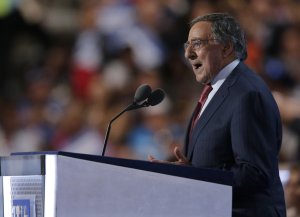 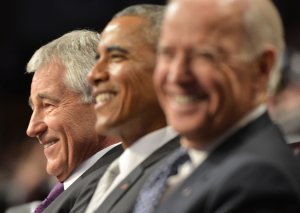 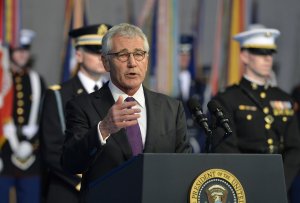 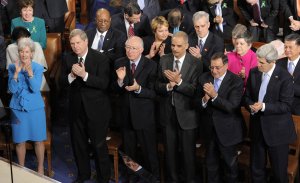 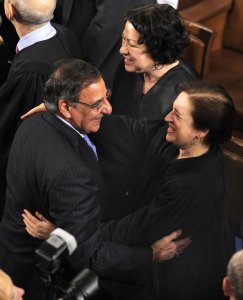 U.S. News // 1 year ago
10 ex-U.S. defense chiefs warn Pentagon against interfering in election
Ten former Pentagon chiefs on Sunday declared the election over and warned the Trump administration's Defense Department that military intervention would not only violate the Constitution but also result in prosecution.

U.S. News // 2 years ago
Group of 100 former gov't officials urges Senate to secure U.S. elections
A group of former lawmakers, cabinet officials and other government officers urged the Senate Thursday to increase security for the 2020 presidential election, in view of "severe" potential threats to national security.

U.S. News // 4 years ago
Senate confirms Gina Haspel for CIA chief
The Senate on Thursday confirmed Gina Haspel to be director of the CIA.

Top News // 5 years ago
The Almanac
On April 18, 1942, Lt. Col. James Doolittle led a squadron of B-25 bombers in a surprise raid against Tokyo in response to the Japanese attack on Pearl Harbor.

Top News // 5 years ago
The Almanac
On Jan. 5, 1925, Nellie Tayloe Ross of Wyoming was sworn in as the first woman governor in the United States.

We have to protect our core national security interests, we've got to be able to provide the best military in the world and we cannot break faith with the troops and their families

We expected a greater offensive this year than took place

Leon Edward Panetta (born June 28, 1938) is the 23rd and current United States Secretary of Defense, serving in the administration of President Barack Obama since 2011. Prior to taking office, he served as Director of the Central Intelligence Agency. An Italian-American Democratic politician, lawyer, and professor, Panetta served as President Bill Clinton's White House Chief of Staff from 1994 to 1997, Director of the Office of Management and Budget from 1993-1994 and was a member of the United States House of Representatives from 1977 to 1993. He is the founder of the Panetta Institute for Public Policy, served as Distinguished Scholar to Chancellor Charles B. Reed of the California State University System and professor of public policy at Santa Clara University.

In January 2009, President Barack Obama nominated Panetta for the post of CIA Director. Panetta was confirmed by the full Senate on February 12, 2009, and assumed the office the next day. As director of the CIA, Panetta presided over the operations that led to Osama bin Laden's death.

On April 28, 2011, Obama announced the nomination of Panetta as Defense Secretary when Robert Gates retired. On June 21, the Senate confirmed Panetta unanimously as Secretary of Defense. He assumed the office on July 1. David Petraeus took over as Director of the Central Intelligence Agency on September 6.

FULL ARTICLE AT WIKIPEDIA.ORG
This article is licensed under the GNU Free Documentation License.
It uses material from the Wikipedia article "Leon Panetta."