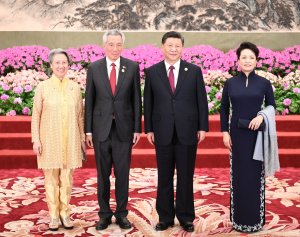 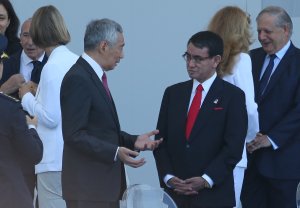 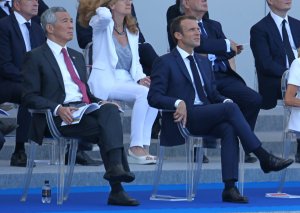 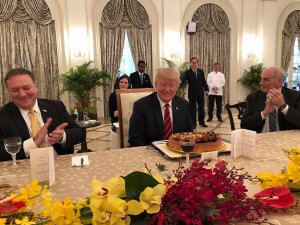 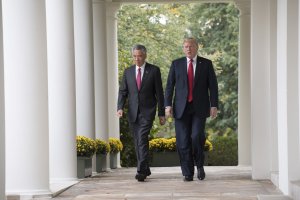 World News // 3 weeks ago
During Singapore visit, VP Kamala Harris says U.S. focus is on Afghanistan
U.S. Vice President Kamala Harris said during a visit to Singapore on Monday that President Joe Biden's administration is focused on getting the remaining American citizens and Afghan aides out of Afghanistan.

World News // 5 months ago
Singapore's prime minister-to-be withdraws from consideration, citing age
Singapore is on a search for its next leader after the country's handpicked successor to Prime Minister Lee Hsien Loong said he will step aside.

World News // 3 years ago
Singapore's largest-ever hacking accessed info of 1.5M patients
Officials said personal information of 1.5 million patients in Singapore were accessed by hackers in the "most serious breach" in the nation's history.

World News // 3 years ago
On alert: France celebrates Bastille Day, eyes World Cup final
France marked Bastille Day on Saturday with a military parade, an appearance by the president and an aeronautical flub.

It's more than just a collection of friendly faces, but our collective desire to offer our guests a positive, unique and unforgettable Singapore experience

Look at the numbers and quality of the engineers and scientists they produce, and you know that this is where the R&D will be done. The Chinese have a space program, they are going to put a man on the moon, and nobody sold them that technology

There are one or two issues left outstanding, not yet resolved, but I discussed these with Manmohan Singh and we did not see any reason why we should allow these issues to hold matters up

The eldest child of former Prime Minister Lee Kuan Yew and Kwa Geok Choo, Lee was born in Singapore on 10 February 1952. His grandmother Chua Jim Neo was a Hokkien Nyonya, and his mother Kwa Geok Choo has ancestry from Tong'an District, Xiamen. In Lee Kuan Yew's biography, the young Lee had learned Jawi script since he was five, and has always been interested in the affairs of Singapore, often following his father to the rally grounds since 1963.

Lee studied at Nanyang Primary School, received his secondary education at Catholic High School and subsequently studied at National Junior College, where he learned the clarinet under the tutelage of Adjunct Associate Professor Ho Hwee Long. He studied mathematics at Trinity College, Cambridge University, where he graduated in 1974 with First Class Honours in Mathematics and a Diploma in Computer Science (with distinction). He subsequently obtained a Master of Public Administration (MPA) from Harvard University's Kennedy School of Government in 1980.

FULL ARTICLE AT WIKIPEDIA.ORG
This article is licensed under the GNU Free Documentation License.
It uses material from the Wikipedia article "Lee Hsien Loong."
Back to Article
/