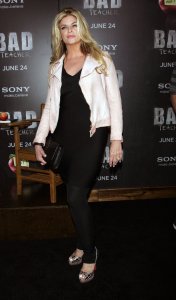 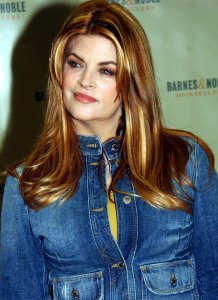 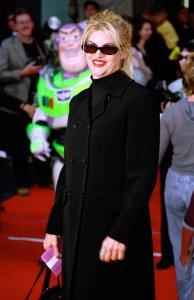 TV // 6 months ago
What to binge: Go back to work with these workplace comedies
The holidays are over and it's time to get back to work in the new year. Here are 10 classic comedies about frustrations on the job, all available for streaming.

Sports News // 3 years ago
Kirstie Alley is not a fan of Olympic curling
The 2018 U.S. Men's Olympic Curling Team had a response after actress Kirstie Alley recently dissed the sport.

TV // 5 years ago
Charlie Sheen and Jon Cryer to appear on James Burrows special
The stars of several of television's most famous comedy series are to participate in the two-hour special "Must See TV: A Tribute to James Burrows."
Entertainment News // 6 years ago
Kirstie Alley shows off 50 pound weight loss
Kirstie Alley arrived to the {i:Today} show on Monday looking considerably skinnier than before -- 50 pounds skinnier to be precise.
TV // 6 years ago
Kirstie Alley sitcom canceled after one season
Kirstie Alley's comedy series "Kirstie" has been canceled by TV Land after one season.

When I got fat, I was being stupid. It was a little bit like when I used to do drugs

This show has been cathartic for me ... shown me who I really am ... again

Just remember what happens to the big bad, drunk woolf

Kirstie Alley was born in Wichita, Kansas, the daughter of Lillian Mickie (née Heaton), a homemaker, and Robert Deal Alley, who owned a lumber company. She has two siblings, Colette and Craig. Alley attended Wichita Southeast High School and became a cheerleader, graduating in 1969. She attended college at Kansas State University in 1969. In 1981, a car accident caused by a drunk driver killed her mother and left her father seriously injured. Her father eventually recovered. Kirstie came to Los Angeles to work as an interior designer and appeared as a contestant on the popular game show Match Game, where she won multiple games. She also appeared on the game show Password Plus in 1980.

Alley has won two Emmy Awards during her career. Her first two nominations for her work on Cheers did not earn her the award, but her third, in 1991, garnered her the statuette for that series. In her speech, she thanked then-husband Parker Stevenson "for giving me the big one for the last eight years".

FULL ARTICLE AT WIKIPEDIA.ORG
This article is licensed under the GNU Free Documentation License.
It uses material from the Wikipedia article "Kirstie Alley."
Back to Article
/