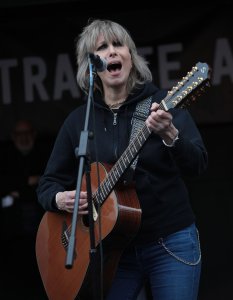 World News // 7 months ago
Judge threatens to remove Assange on 2nd day of extradition hearing
A British judge on Tuesday threatened to remove WikiLeaks co-founder Julian Assange from the courtroom during an extradition hearing after he interjected while a witness was being questioned.

Top News // 8 months ago
On This Day: Ecuador grants asylum to Julian Assange
On Aug. 16, 2012, the Ecuadorean government said it was granting political asylum in its London Embassy to WikiLeaks founder Julian Assange.

Top News // 8 months ago
The Almanac
On Aug. 16, 2012, the Ecuadorean government said it was granting political asylum in its London Embassy to WikiLeaks founder Julian Assange.

U.S. News // 11 months ago
Roger Stone files notice to appeal conviction, 40-month sentence
The political strategist's appeal, which came two months after he was sentenced to 40 months in prison on multiple charges, will likely be heard in the U.S. Court of Appeals in Washington, D.C.

Our work with WikiLeaks continues unabated, and we are stepping up our publishing for matters relating to Cablegate and other materials

The law says that I also have certain rights, and these rights mean that I do not need to speak to random prosecutors around the world who simply want to have a chat, and won't do it in any other standard way

The day after this incident, she invited friends around to her flat for a dinner in honor of me

Julian Paul Assange ( /əˈsɒnʒ/ ə-sonzh; born 3 July 1971) is an Australian publisher, journalist, computer programmer and Internet activist. He is the editor in chief of WikiLeaks, a whistleblower website and conduit for worldwide news leaks, with the stated purpose of creating open governments. Assange was a hacker in his youth, before becoming a computer programmer. He has lived in several countries and has made public appearances in many parts of the world to speak about freedom of the press, censorship and investigative journalism.

Assange serves on the WikiLeaks advisory board. WikiLeaks has published material about extrajudicial killings in Kenya, toxic waste dumping in Côte d'Ivoire, Church of Scientology manuals, Guantanamo Bay procedures, and banks such as Kaupthing and Julius Baer. In 2010, WikiLeaks published Iraq War documents and Afghan War documents about American involvement in the wars, some of which was classified material. On 28 November 2010, WikiLeaks and its five international print media partners (Der Spiegel, The New York Times, Le Monde, The Guardian and El País) began publishing U.S. diplomatic cables.

Assange received a number of awards and nominations, including the 2009 Amnesty International Media Award for publishing material about extrajudicial killings in Kenya and Readers' Choice for TIME magazine's 2010 Person of the Year.

FULL ARTICLE AT WIKIPEDIA.ORG
This article is licensed under the GNU Free Documentation License.
It uses material from the Wikipedia article "Julian Assange."
Back to Article
/