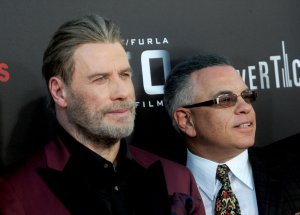 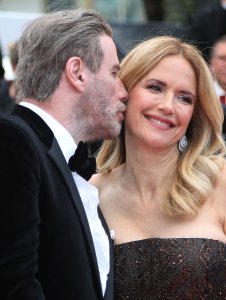 TV // 1 year ago
Quibi orders second season of 'Die Hart'
Quibi said it has renewed its action-comedy, "Die Hart," for a second season.

The foundation shall endeavor to use its resources specifically to assist and provide relief to children with vision, hearing, mobility, communication, behavior learning impairment or other special medical, environmental, health or educational needs

Regrettably in a time of such terrible grief there are often a few individuals who attempt to make false claims in hopes of making millions of dollars. We will never let that happen

He's my first, and he's my heart. And he's a very special boy

John Joseph Travolta (born February 18, 1954) is an American actor, dancer and singer. Travolta first became known in the 1970s, after appearing on the television series Welcome Back, Kotter and starring in the box office successes Saturday Night Fever and Grease. Travolta's acting career declined in the early 1980s and continued to deteriorate throughout the remainder of the decade. His career faced a resurgence in the 1990s with his role in Pulp Fiction, and he has since continued starring in Hollywood films including Face/Off, Ladder 49, and Wild Hogs. Travolta was nominated for the Academy Award for Best Actor for Saturday Night Fever and Pulp Fiction. He won the Golden Globe Award for Best Actor - Motion Picture Musical or Comedy for his performance in Get Shorty.

Travolta, the youngest of six children, was born and raised in Englewood, New Jersey, an inner-ring suburb of New York City. His father, Salvatore Travolta (November 1912 – May 1995), was a semi-professional American football player turned tire salesman and partner in a tire company. His mother, Helen Cecilia (née Burke, January 1912 – December 1978), was an actress and singer who had appeared in The Sunshine Sisters, a radio vocal group, and acted and directed before becoming a high school drama and English teacher. His siblings are Joey, Ellen, Ann, Margaret, and Sam Travolta. Travolta's father was a second-generation Italian American and his mother was Irish American; he grew up in an Irish-American neighborhood and has said that his household was predominantly Irish in culture. He was raised Roman Catholic, but converted to scientologist in 1975.

After attending Dwight Morrow High School, Travolta moved across the Hudson River to New York City and landed a role in the touring company of the musical Grease and on Broadway in Over Here! singing the Sherman Brothers' song "Dream Drummin'". He then moved to Los Angeles to further his career in show business.

FULL ARTICLE AT WIKIPEDIA.ORG
This article is licensed under the GNU Free Documentation License.
It uses material from the Wikipedia article "John Travolta."