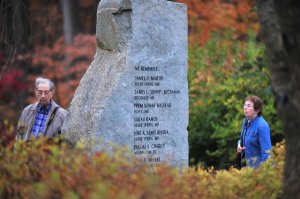 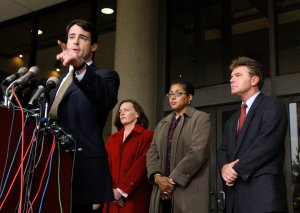 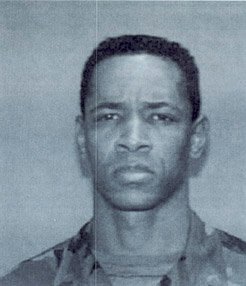 U.S. News // 2 years ago
Supreme Court votes to hear appeal for Beltway sniper Lee Boyd Malvo
The Supreme Court agreed Monday to decide whether a gunman in the 2002 Beltway Sniper case should receive a new sentence because he was a teenager at the time.

Top News // 3 years ago
On This Day: Nazis occupy Vichy, France, in WWII
On Nov. 10, 1942, Nazi troops entered previously unoccupied France, the de facto government of which was centered in Vichy state.

Top News // 4 years ago
The Almanac
On March 10, 1959, more than 300,000 Tibetans surrounded the Potala Palace in Lhasa, marking the beginning of the Tibetan uprising.

U.S. News // 4 years ago
Police: Fugitive captured after 3 killed, 2 wounded in suburban D.C. shootings
Maryland police are investigating shootings at a shopping mall and grocery store that left two dead and two wounded, and a possible suspect has been arrested.

Muhammad's crimes cannot be compared to any other case in the Commonwealth. The evidence of vileness and future dangerousness in support of the jury's verdict justifies its sanction of death

John Allen Muhammad (December 31, 1960 – November 10, 2009) was a spree killer from the United States. Often labeled a serial killer by the media, he, along with his younger partner, Lee Boyd Malvo, carried out the 2002 Beltway sniper attacks, killing at least 10 people. Muhammad and Malvo were arrested in connection with the attacks on October 24, 2002, following tips from alert citizens.

Born as John Allen Williams, Muhammad joined the Nation of Islam in 1987 and later changed his surname to Muhammad. Drawings by Malvo describe the murders as part of a "jihad" (Arabic for "struggle in the way of God"). At Muhammad's trial, the prosecutor claimed that the rampage was part of a plot to kill his ex-wife and regain custody of his children, but the judge ruled that there was insufficient evidence to support this argument.

His trial for one of the murders (the murder of Dean Harold Meyers in Prince William County, Virginia) began in October 2003, and the following month he was found guilty of capital murder. Four months later he was sentenced to death. While awaiting execution in Virginia, in August 2005, he was extradited to Maryland to face some of the charges there, for which he was convicted of six counts of first-degree murder on May 30, 2006. Upon completion of the trial activity in Maryland, he was returned to Virginia's death row pending an agreement with another state or the District of Columbia seeking to try him. He was not tried on additional charges in other Virginia jurisdictions, and faced potential trials in three other states and the District of Columbia involving other deaths and serious woundings. All appeals of his conviction for killing Dean Harold Meyers had been made and rejected. Appeals for Muhammad's other trials remained pending at the time of his execution.

FULL ARTICLE AT WIKIPEDIA.ORG
This article is licensed under the GNU Free Documentation License.
It uses material from the Wikipedia article "John Allen Muhammad."
Back to Article
/