On Oct. 24, 2002, police arrested two suspects in a three-week series of Washington-area sniper attacks that killed 10 people and wounded three others.

Law enforcement officials search the scene of a shooting in Aspen Hill, Md., on October 22, 2002, where 35 year-old Conrad Johnson, a bus driver who was getting ready to start his route, was shot and killed. On October 24, 2002, police arrested two suspects in a three-week series of Washington-area sniper attacks that killed 10 people and wounded three others. File Photo by Chris Corder/UPI | License Photo

Annie Edson Taylor, Queen of the Mist, was the first person to survive a trip over Niagara Falls in a barrel following her joy ride on October 24, 1901. File Photo by Library of Congress/UPI

Rosa Parks sits up front of a Montgomery, Ala., bus with UPI reporter Nicholas Chriss in on December 21,1956, one year after she refused to give up her seat to a white man and was arrested. Parks died October 24, 2005. File Photo by UPI 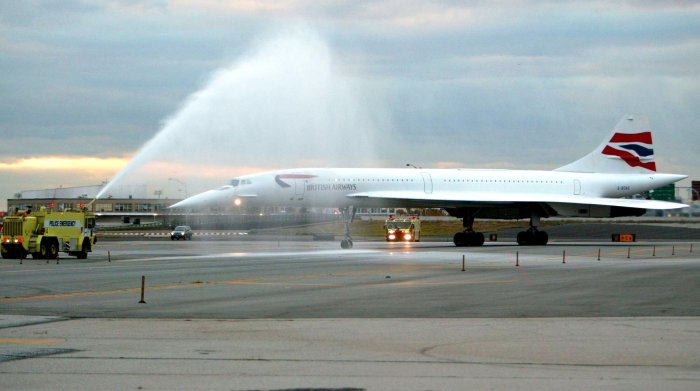 In 2005, civil rights icon Rosa Parks died at age 92. Parks, an African-American, gave new impetus to the rights movement in 1955 when she refused to give up her seat to a white man on a Montgomery, Ala., bus.

In 2012, Hurricane Sandy made landfall for the first time, in Jamaica, killing two people there. The storm would go on to cause tens of billions of dollars in the northeast United States and kill more than 200 people along its path.

In 2016, militants attacked a police training facility in Quetta, Pakistan, killing more than 60 people. The Islamic State claimed responsibility for the attack.

Defense News // 1 hour ago
Air Force, Lockheed start F-16 production for foreign sales in South Carolina
May 18 (UPI) -- The U.S. Air Force announced Tuesday that it has teamed up with Lockheed Martin to open a new production line for the F-16 Block 70/72 fighter for foreign military sales at the manufacturer's Greenville, S.C., facility.

U.S. News // 1 hour ago
Bank of America to raise minimum wage to $25 per hour over 4 years
May 18 (UPI) -- Bank of America announced Tuesday that it's raising its minimum hourly wage in the United States to $25 over the next four years.