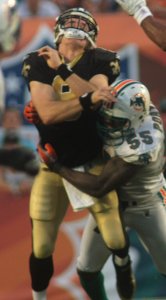 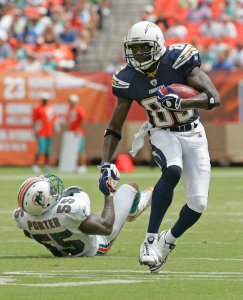 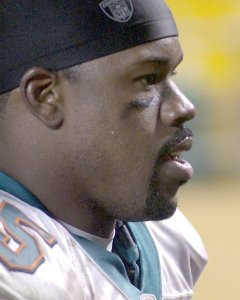 NFL // 4 years ago
Pittsburgh Steelers not happy with play of offense
The Pittsburgh Steelers are 2-0, but they didn't get there in impressive fashion. They barely beat the Browns in Cleveland in the opener and played another inconsistent game Sunday.

NFL // 4 years ago
Hall of Fame list sets up selection Saturday scrimmage
There are no major surprises among 108 players and coaches announced Tuesday as nominees for the Pro Football Hall of Fame's 2018 class. But that won't prevent plenty of fireworks when the Selection Committee convenes Saturday, February 3, 2018 in Minneapolis, Minn.

NFL // 4 years ago
Terrell Owens rants on Twitter after Hall of Fame snub
Now it's personal.

Zach is a tough guy, and he's going to get through this

I think I have seen everything in the last three weeks

He really didn't see me coming from the blind side

He really didn't see me coming from the blind side

Joseph Lorenzo Porter (born March 22, 1977 in Kansas City, Missouri) is an American football linebacker for the Miami Dolphins of the National Football League. He was drafted by the Pittsburgh Steelers in the third round of the 1999 NFL Draft. He played college football at Colorado State University.

A four-time Pro Bowl selection, Porter earned a Super Bowl ring with the Steelers in Super Bowl XL. He pleaded no contest to battery charges against Levi Jones when he and six associates assaulted him in a casino.

Porter's prep career took place at Foothill High School in Bakersfield, California. He was a two-time All-Conference selection as wide receiver and running back for the Trojans. His senior season, he led the team to a 9–2 mark and a berth in the sectional playoffs, rushing the ball 86 times for 1,086 yards. After his final season at Foothill, he was named to the All-Section and All-State teams. He lettered twice in football, plus twice in basketball. He also played soccer as a youth.

FULL ARTICLE AT WIKIPEDIA.ORG
This article is licensed under the GNU Free Documentation License.
It uses material from the Wikipedia article "Joey Porter."