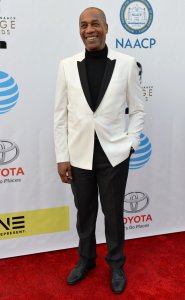 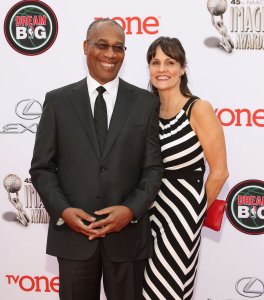 TV // 1 year ago
CBS cancels 'God Friended Me' after two seasons
"God Friended Me" is wrapping up its two-season run on CBS with a two-hour finale on April 26.

Top News // 4 years ago
The Almanac
On Oct. 18, 1959, the Soviet Union announced that Luna 3, an unmanned space vehicle, had taken the first pictures of the far side of the moon.
TV // 6 years ago
Kerry Washington invites Rihanna to visit set of 'Scandal'
Kerry Washington invited Rihanna to visit the set of "Scandal" after the singer posted photos of herself as Olivia Pope in Washington, D.C., this week.
TV // 6 years ago
Khandi Alexander to return on 'Scandal'
Khandi Alexander will return as Olivia Pope's (Kerry Washington) mother, Maya Lewis, on the mid-season finale of "Scandal."
TV // 7 years ago
'12 Years a Slave' wins four awards at NAACP Image Awards
Kevin Hart was named Entertainer of the Year at the NAACP Image Awards held at the Pasadena Civic Auditorium in California, the event organizers said.

Morton was born in The Bronx, a borough of New York City, New York. He is the son of Evelyn, a secretary, and Joseph T. Morton, Sr., a U.S. army intelligence officer. Because of his father's profession, he spent parts of his childhood in West Germany and Okinawa. Morton graduated from Hofstra University. In October 1984, he married Nora Chavooshian. The couple has three children: daughters Hopi and Seta, and son Ara, as well as a grandson, named Moses.

Morton made his Broadway debut in Hair and was nominated for a Tony Award for Raisin. He has appeared in over 70 movies, including Terminator 2: Judgment Day (as Dr. Miles Bennett Dyson) and Blues Brothers 2000 (as 'Cabel "Cab" Chamberlain', based upon the late Cab Calloway), and has made many notable TV guest appearances, including his appearances as Dr. Hamilton in the first two seasons of Smallville.

FULL ARTICLE AT WIKIPEDIA.ORG
This article is licensed under the GNU Free Documentation License.
It uses material from the Wikipedia article "Joe Morton."
Back to Article
/