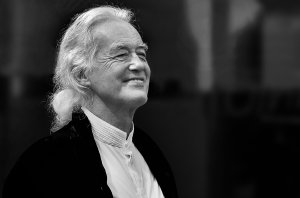 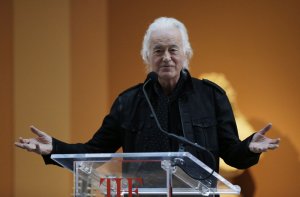 Top News // 4 months ago
The Almanac
On Jan. 9, 2007, the world changed when Apple CEO Steve Jobs unveiled the iPhone.

Top News // 5 years ago
The Almanac
On Jan. 9, 2007, the world changed when Apple CEO Steve Jobs unveiled the iPhone.

Entertainment News // 5 years ago
'Lost' Led Zeppelin session recovered, included in new compilation
A session Led Zeppelin did for the BBC, thought to have been lost forever, has been recovered from a fan's recording.

Led Zeppelin have always set very high standards for ourselves

The greatest satisfaction ... is knowing that I am able to help someone who needs help

It's a real privilege and a great honour to be the first person to be immortalized in this way. The Walk of Fame is a fantastic idea and it's about time that we had one in London

James Patrick "Jimmy" Page, OBE (born 9 January 1944) is an English guitarist, songwriter, and record producer. He began his career as a studio session guitarist in London and was subsequently a member of The Yardbirds from 1966 to 1968, after which he founded the English rock band Led Zeppelin.

Often viewed by critics and fans alike as one of the most influential and important guitarists and songwriters ever in rock music, Page was described by Allmusic as "unquestionably one of the all-time most influential, important, and versatile guitarists and songwriters in rock history", and by Rolling Stone magazine as "the pontiff of power riffing & probably the most digitally sampled artist in pop today after James Brown." In 2010, Jimmy Page was ranked #2 in Gibson's list of "Top 50 Guitarists of All Time" and, in 2007, #4 on Classic Rock Magazine's "100 Wildest Guitar Heroes". Page was ranked ninth in Rolling Stone magazine's list of the "100 Greatest Guitarists of All Time" in 2003. He has been inducted into the Rock and Roll Hall of Fame twice; once as a member of The Yardbirds (1992), and once as a member of Led Zeppelin (1995).

Jimmy Page was born to parents James and Patricia Page in the West London suburb of Heston, which today forms part of the London Borough of Hounslow. His father was an industrial personnel manager and his mother was a doctor's secretary. In 1952 they moved to Feltham, and later again to Miles Road, Epsom in Surrey, which is where Page came across his first guitar. "I don't know whether was left behind by the people before , or whether it was a friend of the family's — nobody seemed to know why it was there." First playing the instrument at the age of twelve years, he took a few lessons in nearby Kingston, but was largely self-taught:

FULL ARTICLE AT WIKIPEDIA.ORG
This article is licensed under the GNU Free Documentation License.
It uses material from the Wikipedia article "Jimmy Page."