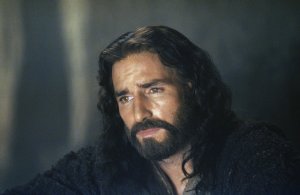 Movies // 2 years ago
Mel Gibson to direct WWII drama 'Destroyer'
Mel Gibson is attached to direct a World War II drama titled "Destroyer" that centers on the Battle of Okinawa and the USS Laffey.

Top News // 4 years ago
The Almanac
On Sept. 26, 1991, four men and four women entered the huge, airtight greenhouse Biosphere II in Arizona. They remained inside for two years, emerging on this date in 1993.

Mel Gibson is a brilliant ... everyone knows he's a brilliant director, but I don't agree or support his views

James Patrick Caviezel, Jr. (pronounced /kəˈviːzəl/; born September 26, 1968) is an American film actor, sometimes credited as Jim Caviezel. He is perhaps best known for playing the part of Jesus Christ in the 2004 film The Passion of the Christ as well as Edmond Dantès in The Count of Monte Cristo and Private Witt in The Thin Red Line.

Caviezel was born in Mount Vernon, Washington, the son of Margaret 'Maggie Moo', a housewife and stage actress, and James Patrick Caviezel, Sr., a chiropractor. He has a younger brother, Timothy, and sisters Ann, Amy, and Erin, and was raised in a tight-knit Roman Catholic family in Conway (Skagit County), Washington. Caviezel's surname is of Romansh origin; his father is of Slovak (maternal) and Swiss (paternal) descent, while his mother's ancestry is Irish. He attended Mount Vernon High School for two years and then moved to Seattle and lived with family friends in order to play basketball at the Catholic O'Dea High School. The following spring, he transferred from O'Dea to another Catholic school, Burien's John F. Kennedy Memorial High. There he starred on the basketball team and graduated in 1987. Following high school, Caviezel enrolled at Bellevue Community College where the 6 ft 3 in athlete also played basketball. A foot injury in his second year, however, put an end to his hopes of a basketball career in the NBA. He later transferred to the University of Washington where he turned his focus to acting and became a member of the Sigma Chi Fraternity.

After appearances in Wyatt Earp and G.I. Jane, Caviezel scored a breakthrough performance in Terrence Malick's The Thin Red Line. He played Black John, a Missouri bushwhacker, in Ang's Lee's Ride With The Devil (1999), a film budgeted and intended as a summer blockbuster, which fell flat at the box office. He was originally cast to play Cyclops/Scott Summers in X-Men (2000) but dropped out due to a scheduling conflict with his other film, Frequency.

FULL ARTICLE AT WIKIPEDIA.ORG
This article is licensed under the GNU Free Documentation License.
It uses material from the Wikipedia article "Jim Caviezel."
Back to Article
/