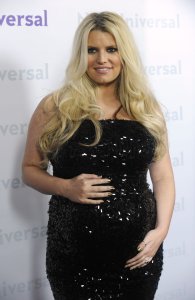 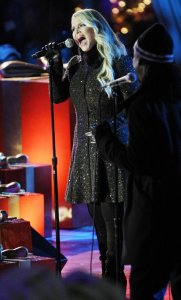 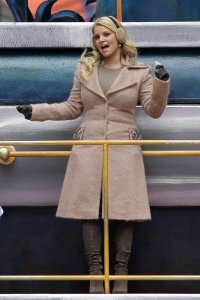 Jessica is indeed working on a new show, but network details have not been finalized at this time

I am completely disgusted by the headlines concerning my sister's weight

Bronx is beyond precious. I'm over the moon with joy

Tony is a great quarterback, but he's a better boyfriend

Jessica Ann Simpson (born July 10, 1980) is an American singer, actress, television personality and fashion designer whose rise to fame began in 1999. Since that time, Simpson has achieved many recording milestones, starred in several television shows, movies, and commercials, launched a line of hair and beauty products, and designed fragrances, shoes, and handbags for women. She has devoted time to philanthropic efforts including Operation Smile and a USO-hosted tour for troops stationed overseas.

She has achieved seven Billboard Top 40 hits, three gold and two multi-platinum Recording Industry Association of America (RIAA) certified studio albums, four of which have reached the top 10 on the US Billboard 200. Simpson starred with her then-husband Nick Lachey in the MTV reality show Newlyweds: Nick and Jessica. She ventured into the country music market in 2008 and released Do You Know.

Simpson has a total of records sales in Australia of more than 426,000 copies and was ranked No. 113 on the 1000 artists chart of Australian Recording Industry Association (ARIA) Music Decade Charts (1980–2010). In 2009, Billboard named Simpson as the 95th overall best Artists of the Decade. Simpson also was ranked at number 86 on Billboard 200 Artists, based on album sales.

FULL ARTICLE AT WIKIPEDIA.ORG
This article is licensed under the GNU Free Documentation License.
It uses material from the Wikipedia article "Jessica Simpson."