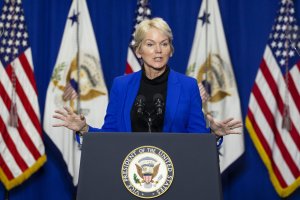 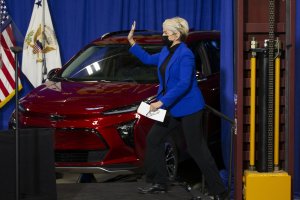 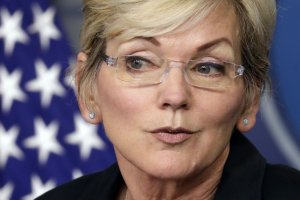 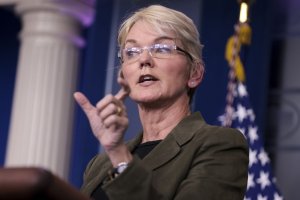 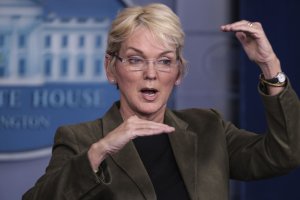 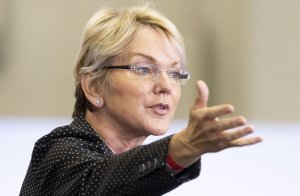 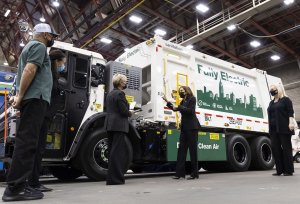 U.S. News // 8 months ago
Energy Dept. plan says 40% of U.S. power could come from solar by 2035
The Energy Department announced a plan on Wednesday to generate almost half of the United States' electricity from solar power by 2035, which would be a gigantic increase over the nation's present solar usage.

I certainly think that we want to support the home team

Jennifer Mulhern Granholm (born February 5, 1959) is a Canadian-born American politician, former Attorney General of Michigan, and was the 47th Governor of the U.S. state of Michigan. A member of the Democratic Party, Granholm became Michigan's first female governor on January 1, 2003, when she succeeded Governor John Engler. Granholm was re-elected on November 7, 2006, and was sworn in for her second and, due to term limits, final term on January 1, 2007. She has been mentioned as a potential Supreme Court justice for President Barack Obama. She was a member of the transition team for the presidency of President Obama before he assumed office on January 20, 2009.

Granholm was born in Vancouver, British Columbia, Canada, to Shirley Alfreda Dowden and Victor Ivar Granholm. Granholm's paternal grandfather, who immigrated to Canada in the 1930s, came from Robertsfors, Sweden, where his father was mayor. The Swedish Minister for Enterprise and Energy, Maud Olofsson, lives in Robertsfors, and when the two met in Sweden, it was revealed that Olofsson's husband is a relative of Granholm's.

Granholm's grandmother was an emigrant from Norway. Granholm's family moved to California when she was four. She grew up in Anaheim, San Jose and San Carlos. Granholm graduated from San Carlos High School in 1977. She won the Miss San Carlos beauty pageant. As a young adult she attempted to launch a Hollywood acting career but was unsuccessful and she abandoned her efforts at the age of 21. She held jobs as a tour guide at Universal Studios, within customer service for the Los Angeles Times and was the first female tour guide at Marine World Africa USA in Redwood City, piloting boats with 25 tourists aboard. In 1980, she became a United States citizen and worked for John Anderson's independent run for President of the United States, and enrolled at the University of California, Berkeley. She graduated from UC-Berkeley in 1984 Phi Beta Kappa with two BA degrees, one in political science, the other in French. Granholm then earned a Juris Doctor degree at Harvard Law School, also with honors. She clerked for U.S. Judge Damon Keith on the United States Court of Appeals for the Sixth Circuit. In 1986 she married Daniel Mulhern, a Michigan native, and took his surname as her middle name. They have three children: Kathryn, Cecelia, and Jack. In 1990 she became an Assistant U.S. Attorney for the Eastern District of Michigan. In 1994, she was appointed Wayne County Corporation Counsel.

FULL ARTICLE AT WIKIPEDIA.ORG
This article is licensed under the GNU Free Documentation License.
It uses material from the Wikipedia article "Jennifer Granholm."