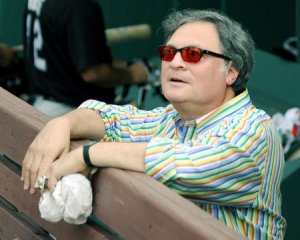 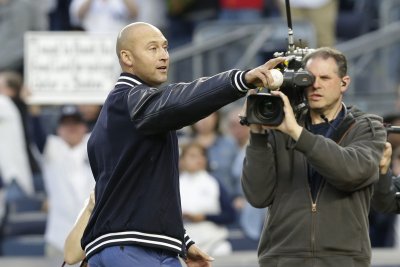 MLB // 3 years ago
Derek Jeter vows to change fortunes of Miami Marlins
Derek Jeter started his job with the Miami Marlins in earnest on Tuesday, just two days removed from the conclusion of the 2017 regular season.

MLB // 3 years ago
Derek Jeter, Michael Jordan group emerge in hunt to buy Miami Marlins
The future ownership of the Miami Marlins remained unclear Monday, with conflicting reports emerging about which group is the front-runner to buy the team.

MLB // 3 years ago
Reports: Jeb Bush out of bid for Miami Marlins; Derek Jeter still in
Former Florida Governor Jeb Bush has dropped his plans to be part of a group that is attempting to purchase the Miami Marlins, multiple media outlets reported.

MLB // 3 years ago
Chicago Cubs win as Pittsburgh Pirates waste Gerrit Cole's gem
Pirates manager Clint Hurdle wouldn't commit to saying this was the best game right-hander Gerrit Cole has pitched. Neither did Cole. But if not, it was close. 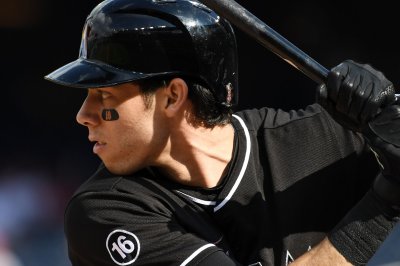 When an opportunity of this magnitude presented itself, I felt this was the perfect time to provide a major boost to the Florida Marlins

Based on the progress of the team this season, I'm happy that Jeff will be back to manage

It is never easy to make a change in managers

After college, he worked in a newly-established art-buying program for Sears, launched with the help of actor Vincent Price. In 1965, at the age of 24, he opened his private art dealing business, Jeffrey H. Loria & Co., on Manhattan's Upper East Side and wrote a book, Collecting Original Art. He specializes in 20th century masters. His collection includes works by Pablo Picasso and Henry Moore. Loria graduated from Columbia Business School in 1968 and published his second book, What's It All About Charlie Brown?, a look at life through the Peanuts comic strip (co-written with Pat K. Lynch).

In 1989, Loria purchased the Oklahoma City 89ers, then a Triple-A affiliate of the Texas Rangers. The team won the American Association championship in 1992. Loria sold the team in 1993 and began looking to buy a Major League team. Loria lost out to Peter Angelos in his bid to purchase the Baltimore Orioles in 1994. On December 9, 1999, he bought a 35 percent stake in the Montreal Expos for $75 million CAD (approximately $50 million USD) and became the managing general partner. When a series of cash calls went unanswered, Loria ended up with 92.5 percent of the team. He headed an ownership group that included the city of Montreal and Stephen Bronfman, son of founding owner Charles Bronfman.

FULL ARTICLE AT WIKIPEDIA.ORG
This article is licensed under the GNU Free Documentation License.
It uses material from the Wikipedia article "Jeffrey Loria."
Back to Article
/