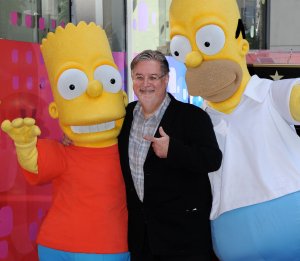 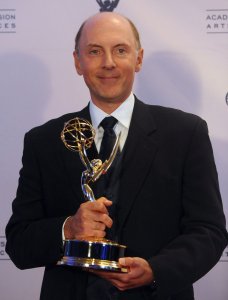 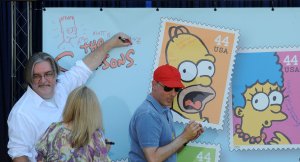 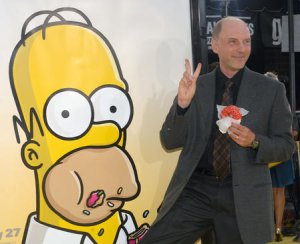 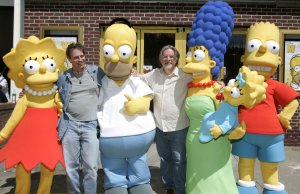 TV // 6 months ago
Brian Cox, Timothy Olyphant, more guest on 'The Simpsons'
Fox released a trailer for the upcoming two-part episode of "The Simpsons." In a spoof of prestige TV, Brian Cox guest stars as the voice of a loan shark coming after Ned Flanders.

TV // 10 months ago
Tom Hiddleston says younger self would do 'back flips' over 'Simpsons' role
Tom Hiddleston discussed starring in the Marvel and "Simpsons" crossover on Disney+ and the season finale to "Loki" while appearing on "The Tonight Show Starring Jimmy Fallon."

TV // 3 years ago
30 seasons of 'Simpsons' to stream on Disney+
The Walt Disney Company said Disney+ will be the exclusive, streaming home of "The Simpsons," starting this fall.

NFL // 4 years ago
Redskins' Fuller speaks too soon, gets traded to Chiefs
Former Washington Redskins cornerback Kendall Fuller thought he was "safe," but ended up being traded to the Kansas City Chiefs.

I'd really go for some kind of military dictator, like Juan Peron

Kids are the best, Apu. You can teach them to hate the things you hate. And they practically raise themselves, what with the Internet and all

We've received requests for the original art to be framed

We've received requests for the original art to be framed

Homer Jay Simpson is a fictional main character in the animated television series The Simpsons and the father of the eponymous family. He is voiced by Dan Castellaneta and first appeared on television, along with the rest of his family, in The Tracey Ullman Show short "Good Night" on April 19, 1987. Homer was created and designed by cartoonist Matt Groening while he was waiting in the lobby of James L. Brooks' office. Groening had been called to pitch a series of shorts based on his comic strip Life in Hell but instead decided to create a new set of characters. He named the character after his father, Homer Groening. After appearing for three seasons on The Tracey Ullman Show, the Simpson family got their own series on Fox that debuted December 17, 1989.

Homer and his wife, Marge, have three children: Bart, Lisa, and Maggie. As the family's provider, he works at the Springfield Nuclear Power Plant. Homer embodies several American working class stereotypes: he is crude, overweight, incompetent, clumsy, lazy and ignorant; however, he is essentially a decent man and fiercely devoted to his family. Despite the suburban blue-collar routine of his life, he has had a number of remarkable experiences.

In the shorts and earlier episodes, Castellaneta voiced Homer with a loose impression of Walter Matthau; however, during the second and third seasons of the half-hour show, Homer's voice evolved to become more robust, to allow the expression of a fuller range of emotions. He has appeared in other media relating to The Simpsons – including video games, The Simpsons Movie, The Simpsons Ride, commercials and comic books – and inspired an entire line of merchandise. His catchphrase, the annoyed grunt "D'oh!", has been included in The New Oxford Dictionary of English since 1998 and the Oxford English Dictionary since 2001.

FULL ARTICLE AT WIKIPEDIA.ORG
This article is licensed under the GNU Free Documentation License.
It uses material from the Wikipedia article "Homer Simpson."