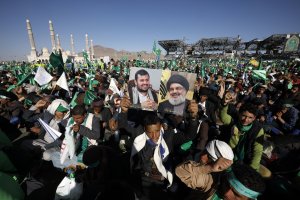 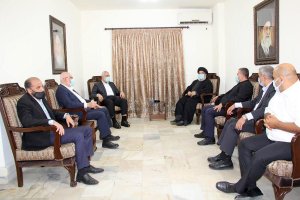 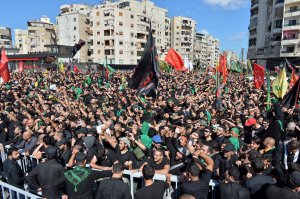 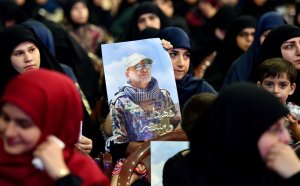 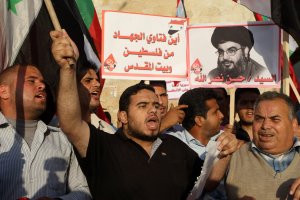 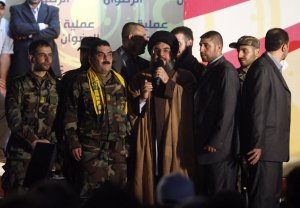 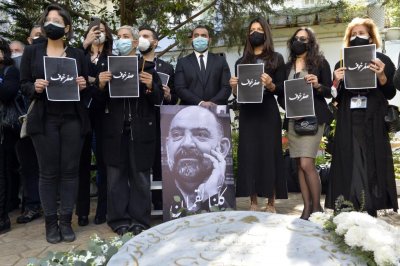 World News // 3 weeks ago
In Lebanon, a fresh effort begins to combat political murders
Lebanon has suffered decades of political assassinations that remained largely unsolved or unpunished, but the family of Lokman Slim, a Hezbollah critic shot to death, is not willing to accept a legacy of impunity.

World News // 3 months ago
Lebanon offers a path to save maritime border talks with Israel
Lebanon is seeking a quick resumption of U.S.-mediated negotiations over its maritime border dispute with Israel, putting on hold new claims to more offshore territory and inviting international experts to step in.

World News // 5 months ago
Riots, activist's slaying push Lebanon toward 'security chaos'
The slaying of an anti-Hezbollah Shiite political activist in southern Lebanon and recent violent unrest in Tripoli have increased fears the country is slipping into "security chaos."

Voices // 11 months ago
Blast should be wake-up call on Hezbollah's death grip on Lebanon
For at least three decades, Lebanon has been under the vice-like grip of Hezbollah, an Iranian-backed Shi'ia terrorist organization.

World News // 1 year ago
Hezbollah, Israel exchange fire on Lebanon border
Israel and Hezbollah exchanged fire on the border of Lebanon on Sunday amid rising tensions between the country and the Lebanese military group.

We will present significant proof that Israel, via its agents, tried to convince Hariri already in 1993 that Hezbollah wants to assassinate him

The most dangerous objective of the court is to instigate strife, a civil war or a Sunni-Shiite conflict in Lebanon

I say to the fighters of the Islamic resistance -- be ready. If a new war is imposed on Lebanon we may ask you to take the Galilee, to free the Galilee

There will never be a war between the Sunnis and Shiites. We will calculate our steps

Hasan Nasrallah was born the ninth of ten children in Bourj Hammoud, Matn District (an eastern suburb of Beirut) on August 31, 1960 . His father, Abdul Karim, was born in Bazouriyeh, a village in Jabal Amel (South Republic of Lebanon) located near Tyre to Iranian grandparents. Although his family was not particularly religious, Hasan was interested in theological studies. He attended an-Najah school and later a public school in Sin el Fil (Christian area) Beirut.

In 1975, the Lebanese Civil War forced the family to move to their ancestral home in Bassouriyeh, where Hasan Nasrallah completed his secondary education at the public school of Sour (Tyre). Here he joined the Amal Movement, a Lebanese Shi'a political group.

FULL ARTICLE AT WIKIPEDIA.ORG
This article is licensed under the GNU Free Documentation License.
It uses material from the Wikipedia article "Hassan Nasrallah."
Back to Article
/