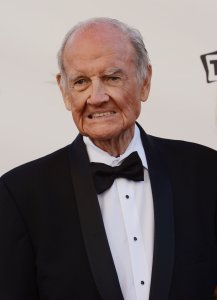 Top News // 5 months ago
The Almanac
On Nov. 7, 1919, on the second anniversary of the Russian Revolution, the first Palmer Raid results in the roundup of more than 10,000 suspected communists.

Top News // 5 months ago
On This Day: Palmer Raids against communists begin
On Nov. 7, 1919, on the second anniversary of the Russian Revolution, the first Palmer Raid results in the roundup of more than 10,000 suspected communists.

Top News // 4 years ago
The Almanac
In 1941, the Grand Coulee Dam on the Columbia River began producing electrical power for the Pacific Northwest.

Opinion // 4 years ago
Harlan Ullman: The wrong Trump is on the ballot
Ivanka Trump combined intellect with poise and charm so much so that if she had been 35 and eligible for the presidency, she might have gotten my vote.

Opinion // 5 years ago
Harlan Ullman: USA -- the Unconscious Stupidity of America?
A country is at great risk when the irrational overtakes and becomes the surrogate for the rational.
U.S. News // 8 years ago
The Year in Review 2012: Notable deaths during the past year
A former U.S. presidential nominee, a longtime U.S. senator, the central figure in a case that led to reform of a major police department, and a number of supporting players from the Civil Rights era and the Watergate scandal, topped the list of notable deaths in 2012.

We have an old rule of courtesy in the United States: ladies first

This is clearly an American invasion. The chance of Iraq attacking the U.S. is about the same as attack from Mars

Perhaps it is time to reappraise McGovern campaign -- not as a model of how to win presidential elections, but as an election that foreshadowed a new Democratic majority in the twenty-first century

George Stanley McGovern (born July 19, 1922) is a historian, former United States Representative, Senator, and Democratic presidential nominee. McGovern lost the 1972 presidential election in a landslide to Richard Nixon. As a decorated World War II combat veteran, McGovern was known for his opposition to the Vietnam War.

Appointed in 1961 by U.S. President John F. Kennedy as the worldwide director of the Food for Peace program, he remained a longtime leader in ensuring nutrition and food security as a means to fight poverty and political instability. McGovern was appointed United Nations Ambassador on World Hunger in 2001. In 2008, he and Senator Bob Dole were named the 2008 World Food Prize Laureates for their work to promote school-feeding programs globally.

McGovern was born in the 600-person farming community of Avon, South Dakota. His father, Reverend Joseph C. McGovern (born 1868), was pastor of the local Wesleyan Methodist Church there. Joseph had once worked in mines and then been a professional baseball player in the minor leagues, but had given the latter up due to the heavy drinking, gambling, and womanizing of his teammates, and entered the seminary instead. George's mother was the former Frances McLean (born c. 1890), who had been born in Toronto, Canada; her family had later moved to Calgary and then she came to South Dakota looking for work as a secretary. George was the second oldest of four children. Joseph McGovern's salary never reached $100 per month, and he often received compensation in the form of potatoes, cabbages, or other food items. Joseph and Frances McGovern were both firm Republicans, but were not politically active or doctrinaire.

FULL ARTICLE AT WIKIPEDIA.ORG
This article is licensed under the GNU Free Documentation License.
It uses material from the Wikipedia article "George McGovern."
Back to Article
/