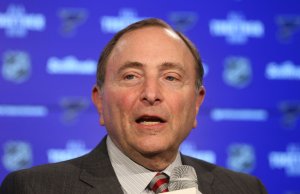 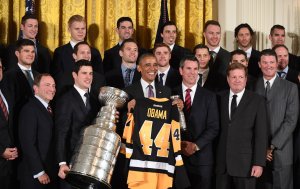 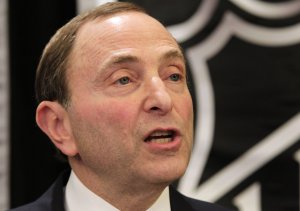 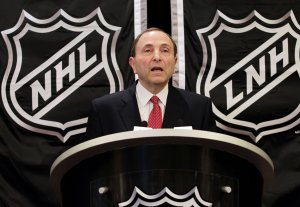 The sense of the board was we heard the concerns raised by some of the fans, and this was an attempt to be responsive to the concerns of our fans

The best deal that was on the table is gone

A unique event deserves a unique venue, and we are delighted the Bruins and Flyers will renew their rivalry with the 'Green Monster' providing the backdrop

Gary Bruce Bettman (born June 2, 1952) is the commissioner of the National Hockey League (NHL), a post he has held since February 1, 1993. Previously, Bettman was a senior vice-president and general counsel to the National Basketball Association (NBA). Bettman is a graduate of Cornell University and New York University School of Law.

Under Bettman, the NHL has seen rapid growth of league revenues, from $400 million when he was hired to over $2.2 billion in 2006–07. He also oversaw the expansion the NHL's footprint across the United States, with six new teams added during his tenure, bringing the NHL to 30.

However, Bettman has also been in the middle of controversy during his tenure. He has often been criticized for attempting to "Americanize" the game, and expanding the league into non-traditional hockey markets such as the American South at the expense of the more traditional markets in Canada and the Northern United States. Bettman was also a central figure of two labor stoppages, including the 2004–05 NHL lockout that saw the entire season canceled. These controversies have made him unpopular among fans around the league.

FULL ARTICLE AT WIKIPEDIA.ORG
This article is licensed under the GNU Free Documentation License.
It uses material from the Wikipedia article "Gary Bettman."