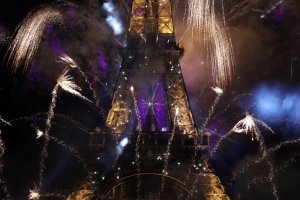 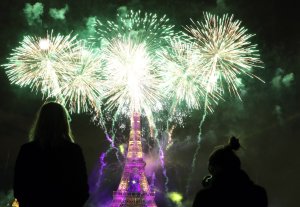 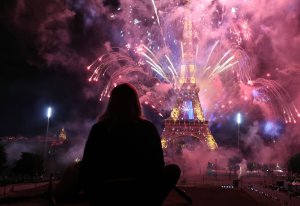 World News // 5 months ago
Paris teacher beheaded in terrorist attack, French officials say
A Paris middle school teacher was killed and beheaded in an attack Friday after reportedly showing his classroom cartoons of the Prophet Muhammad, said police, who shot and killed the attacker.

TV // 7 months ago
Lily Collins is 'Emily in Paris' in teaser for Netflix series
"Emily in Paris," a new series from "Sex and the City" creator Darren Star, premieres on Netflix in October.

TV // 9 months ago
'Emily in Paris': Lily Collins appears in first look for Netflix rom-com series
"Emily in Paris," a new romantic comedy series created by Darren Star and starring Lily Collins, will premiere on Netflix in the fall.

World News // 1 year ago
WHO: New guidelines coming for nations thinking of easing restrictions
The World Health Organization on Monday urged nations to continue lockdowns and social distancing restrictions even though rates of infection have begun to level off in many parts of the world.

World News // 1 year ago
Major fire in Paris clears train station, suspends rail service
Authorities evacuated a busy train station in Paris on Friday and rail service was disrupted due to a growing fire that was started by nearby protesters, officials said.

The Eiffel Tower (French: La Tour Eiffel, , nickname La dame de fer, the iron lady) is an 1889 iron lattice tower located on the Champ de Mars in Paris that has become both a global icon of France and one of the most recognizable structures in the world. The tallest building in Paris, it is the most-visited paid monument in the world; millions of people ascend it every year. Named for its designer, engineer Gustave Eiffel, the tower was built as the entrance arch to the 1889 World's Fair.

The tower stands 324 metres (1,063 ft) tall, about the same height as an 81-storey building. It was the tallest man-made structure in the world from its completion until the Chrysler Building in New York City was built in 1930. Not including broadcast antennas, it is the second-tallest structure in France after the 2004 Millau Viaduct.

FULL ARTICLE AT WIKIPEDIA.ORG
This article is licensed under the GNU Free Documentation License.
It uses material from the Wikipedia article "Eiffel Tower."
Back to Article
/