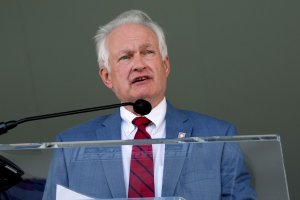 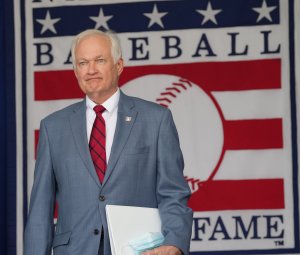 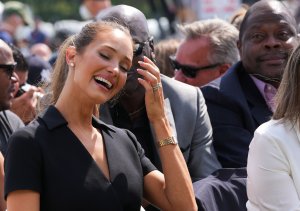 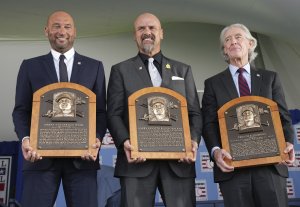 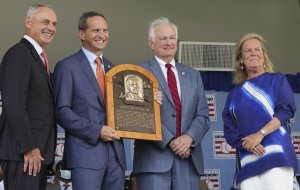 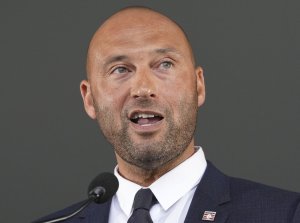 MLB // 5 months ago
Derek Jeter resigns as Marlins CEO, cites 'different' vision
Baseball Hall of Famer Derek Jeter will step down from his role as CEO of the Miami Marlins due to a "different" vision for the future of the franchise, he announced Monday.

U.S. News // 1 year ago
Florida condo collapse: Engineers check other buildings; Biden to visit site
All 11 known victims of the condo tower collapse near Miami have been identified, as search crews comb through the debris of the building and officials worked to make sure similar structures in the area are safe.

MLB // 1 year ago
New-look Marlins embrace flair, Jazz Chisholm's electricity
A blue-haired rookie infielder, an electric pitching staff and a groundbreaking general manager have magnetized eyes to the Miami Marlins, a franchise that embraced the role of over-performing underdog in 2020.

MLB // 1 year ago
New Marlins GM Kim Ng inspired by women in NFL, NBA
Kim Ng's resume is as impressive as it gets, but the Miami Marlins' newest executive said she looked outside MLB front offices to gain the persistence needed to become the first female general manager in MLB history.

Coming up as a young player, him giving me the opportunity to let me play, and I deserve a lot of things that have happened because of him

I'm excited to share my perspectives on the game directly with fans, and give them the opportunity to learn firsthand about my off-field interests like my Turn 2 Foundation

It's not easy, especially to do it six years in a row

They're canceling schools and government and the Navy is putting ships out to sea, but the Orioles and Yankees are playing

He sort of jumped on me and I felt something pop

Derek Sanderson Jeter ( /ˈdʒiːtər/; born June 26, 1974) is an American baseball shortstop who has played 17 years in Major League Baseball (MLB) for the New York Yankees. A twelve-time All-Star and five-time World Series champion, Jeter's clubhouse presence, on-field leadership, hitting ability, and baserunning have made him a central figure of the franchise during the Yankees' success of the 1990s and 2000s. Due to his impact on the team, he has served as the Yankees' team captain since 2003. He is regarded as a consummate professional by teammates and opponents alike, and has a reputation as a reliable contributor in the postseason.

Jeter was drafted out of high school by the Yankees organization in 1992, and he debuted in the Major Leagues in 1995. The following year, he became the Yankees' starting shortstop and won the Rookie of the Year Award. In addition, Jeter's achievements include four Silver Slugger Awards, five Gold Glove awards, All-Star Game MVP Award, World Series MVP Award, and membership in the 3,000 hit club.

Many players and coaches consider Jeter to be one of the best players of his generation. He is the all-time hits leader among shortstops, and his .317 career batting average through the 2009 season ranks as the fifth-highest among active players. He has been among the American League (AL) leaders in hits and runs scored for the past ten years. He is the all-time Yankees hit leader, having passed Hall of Fame member Lou Gehrig in 2009. Sportswriters anticipate that Jeter will be inducted in the Baseball Hall of Fame following his playing career.

FULL ARTICLE AT WIKIPEDIA.ORG
This article is licensed under the GNU Free Documentation License.
It uses material from the Wikipedia article "Derek Jeter."