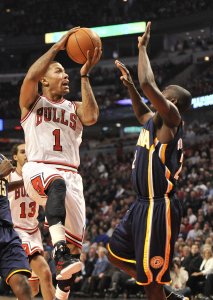 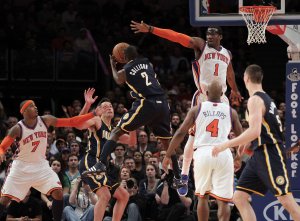 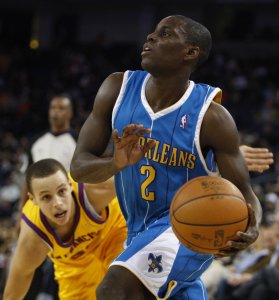 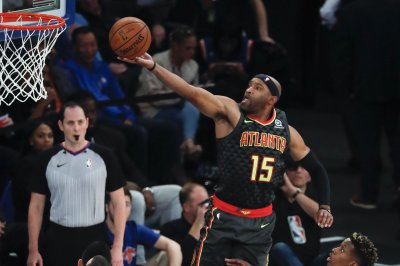 NBA // 2 years ago
Indiana Pacers look to win fifth straight against Atlanta Hawks
The fact that the Indiana Pacers are one of the hottest in the Eastern Conference right now is not necessarily surprising given their play all season.

NBA // 2 years ago
Sixers aim to bounce back at home vs. rolling Pacers
Coming off just their second home loss of the season, a 127-124 defeat to the visiting Brooklyn Nets on Wednesday, the Philadelphia 76ers now have to deal with the freight train that is the Indiana Pacers at 7:30 p.m. on Friday at Wells Fargo Center.

NBA // 2 years ago
Indiana Pacers look to extend run at home vs. Milwaukee Bucks
INDIANAPOLIS -- Indiana Pacers center Myles Turner struggled to find his offensive rhythm in the first part of the season.

Sports News // 2 years ago
Bulls face Pacers in Boylen's first game as head coach
The Indiana Pacers will not be facing a complete unknown when the Chicago Bulls visit Tuesday with a new head coach in tow.

NBA // 2 years ago
Lakers face Pacers, aim to avoid three-game skid
The Los Angeles Lakers will try to avoid losing three in a row for the first time since starting the season 0-3 when they host the Indiana Pacers on Thursday at Staples Center.

NBA // 2 years ago
Pacers aim for improved shooting against 76ers
INDIANAPOLIS -- The Indiana Pacers were the 11th-best free-throw shooting team in the NBA at 77.9 percent last season.

NBA // 2 years ago
Rockets' James Harden expected back for game against Bulls
CHICAGO -- The Houston Rockets and Chicago Bulls have each stumbled out of the gates for different reasons. Yet both teams believe better days are ahead.

Darren Michael Collison (born August 23, 1987) is an American professional basketball point guard for the Indiana Pacers. He was drafted 21st overall in the 2009 NBA Draft by New Orleans. He is a right-hander and a native of Rancho Cucamonga, California. Collison was widely considered to be one of the top point guard prospects in the 2009 NBA Draft coming out of UCLA.

He was awarded the MVP of the Maui Invitational Tournament in December 2006 and was named the Pacific 10 Conference Player of the Week on December 4, 2006, and again on February 18, 2007. His parents Dennis and June (Griffith) were both elite track and field athletes for Guyana.

Collison grew up as a fan of the University of Arizona, but was not recruited by Arizona. He chose UCLA over San Diego State University to serve as a backup to Jordan Farmar in the 2005–06 season. Collison became the starting point guard the following season.

FULL ARTICLE AT WIKIPEDIA.ORG
This article is licensed under the GNU Free Documentation License.
It uses material from the Wikipedia article "Darren Collison."
Back to Article
/