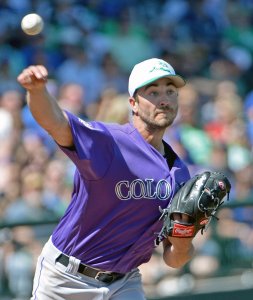 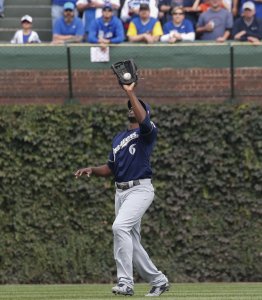 MLB // 1 year ago
Fearful minor-leaguers crave union, voice amid baseball shutdown
Hundreds of Minor League Baseball players have been released during the pandemic's suspension of play -- or had their poverty-level pay cut -- with many afraid to speak out because they have no union representation.

MLB // 3 years ago
Rockies' Daniel Murphy out through April with broken finger
Colorado Rockies infielder Daniel Murphy will miss at least one month due to a broken index finger.

MLB // 3 years ago
Nolan Arenado says Rockies can 'do something special'
Nolan Arenado received a huge contract extension this off-season and he thinks he can help the Colorado Rockies reach new heights in 2019.

MLB // 3 years ago
MLB to do away with August waiver wire deals, switch to single trade deadline
Contending teams in Major League Baseball have always had another chance, not only at the trading deadline, but also in the month of August to obtain players.

MLB // 3 years ago
Nationals aim to contain Murphy, Cubs
WASHINGTON -- Daniel Murphy returns to Nationals Park on Thursday after helping the Chicago Cubs gain some breathing room over the Milwaukee Brewers on Wednesday.

Admiral Daniel Joseph Murphy, Sr. (died September 21, 2001) was a four-star Admiral in the United States Navy and served in the White House during the Carter and Reagan administrations.

Murphy grew up in Brooklyn, and graduated from the University of Maryland and the Naval War College. He joined the Navy in 1943, during his second year at St. John's University in New York, and flew antisubmarine patrols over the North Atlantic during World War II.

FULL ARTICLE AT WIKIPEDIA.ORG
This article is licensed under the GNU Free Documentation License.
It uses material from the Wikipedia article "Daniel Murphy."