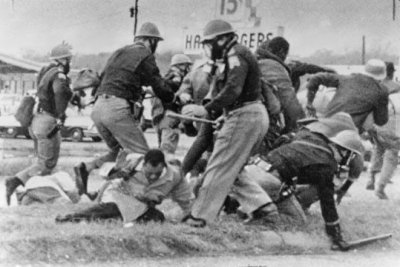 Daniel John Travanti (born March 7, 1940) is an American actor. He is known for his starring role as Frank Furillo in the television drama Hill Street Blues.

Travanti, one of five children, was born in Kenosha, Wisconsin, to Italian immigrant parents. His father was a factory worker. During his teen years, Travanti was an athlete and good student, earning scholarships to Harvard University, Princeton University, and Dartmouth College though he eventually attended the University of Wisconsin-Madison.

In 1964, Travanti guest starred with Paul Richards and Roy Thinnes in the episode "Murder by Scandal" of CBS's drama about newspapers, The Reporter, with Harry Guardino in the title role of journalist Danny Taylor. Years later, Travanti earned two Emmy Awards for his portrayal of the Hill Street Station Captain Frank Furillo. Since Hill Street Blues, not much has been heard from Travanti with the exception of a few bit parts in television programs such as Poltergeist: The Legacy (1997) and Prison Break (2005). He did co-star in the 1989 cult classic Millennium and as Lt Ray McAuliffe in the 1993 series Missing Persons.

FULL ARTICLE AT WIKIPEDIA.ORG
This article is licensed under the GNU Free Documentation License.
It uses material from the Wikipedia article "Daniel J. Travanti."
Back to Article
/