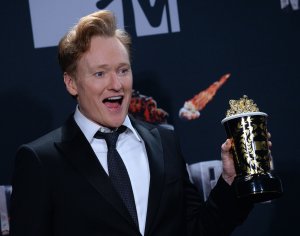 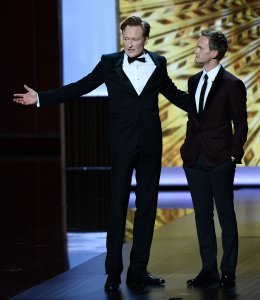 Entertainment News // 1 month ago
Academy 'condemns' Will Smith's Oscar slap, launches official probe
The Academy of Motion Picture Arts and Sciences on Monday issued a condemnation of an onstage incident in which actor Will Smith slapped host Chris Rock at the Oscars ceremony.

TV // 4 months ago
'Murderville' photos: Will Arnett to play detective in Netflix series
"Murderville," an improvised comedy-mystery series featuring Will Arnett, Sharon Stone, Ken Jeong and other stars, is coming to Netflix.

In the end, Conan was appreciative of the steps NBC made to take care of his staff and crew, and decided to supplement the severance they were getting out of his own pocket

Steve and his team have a clear vision for their network. They believe in me, I believe in them and I cannot wait to get back to having fun on television again. That's all I want to do

The Chronicles of Narnia: The Lion, the Witch and the Wardrob

Conan Christopher O'Brien (born April 18, 1963) is an American television host, comedian, writer, producer and performer. He is currently the host of Conan, a late-night talk show that airs on the American cable television station TBS.

O'Brien was born in Brookline, Massachusetts and raised in an Irish Catholic family. He landed his first comedy job as a writer for the sketch comedy series Not Necessarily the News, after first serving as president of the Harvard Lampoon while attending Harvard University. After graduating, he moved to Los Angeles, where he wrote for several comedy shows, and later moved to New York City to work on the writing staff of Saturday Night Live, and later for The Simpsons. O'Brien went on to serve as host of Late Night with Conan O'Brien from 1993 to 2009, before going on to host the short-lived The Tonight Show with Conan O'Brien for seven months. He is the only personality to ever serve as host for both the NBC Late Night and Tonight Show franchises.

On April 12, 2010, it was announced that O'Brien would begin hosting a new late-night talk show on cable TV network TBS. Conan premiered on November 8, 2010.

FULL ARTICLE AT WIKIPEDIA.ORG
This article is licensed under the GNU Free Documentation License.
It uses material from the Wikipedia article "Conan O'Brien."