In this photo provided by NBC, Conan O'Brien (L) is interviewed by Jay Leno during Leno's final taping as host of "The Tonight Show" in Burbank, California on May 29, 2009. (UPI Photo/Paul Drinkwater) | License Photo

NBC ousted beloved "Tonight Show" host Jay Leno at the end of last season and gave the position to O'Brien to keep O'Brien from moving to another network. NBC then gave Leno his own nightly, hour-long, 10 p.m. chat series, "The Jay Leno Show." When the prime-time series failed to be a strong lead-in for local news broadcasts, however, NBC announced it would push Leno's show back to 11:35 p.m., shorten it to 30 minutes and air "Tonight" at 12:05 a.m.

O'Brien said Tuesday he will not remain on "Tonight" if it is moved to 12:05 a.m. NBC has not yet officially commented on his announcement.

"What this is really all about is an astounding failure by Conan," Ebersol told The New York Times, noting the ratings for "The Tonight Show" have dropped dramatically since O'Brien took it over.

"I like Conan enormously personally," Ebersol added. "He was just stubborn about not being willing to broaden the appeal of his show."

Ebersol also told The Times Leno has not lobbied for any of the public changes that took place at NBC or have been proposed for the future.

"Jeff (Zucker) and I are big boys," Ebersol said of his fellow NBC executive. "When we do something big in the public forum and it doesn't succeed, we know we'll be the butt of criticism. But you don't personally attack someone who hasn't done anything. ... We bet on the wrong guy."

Referring to jabs O'Brien and David Letterman have been making at Leno on their late-night chat shows, Ebsersol said it is "chicken-hearted and gutless to blame a guy you couldn't beat in the ratings."

"They're just striking out at Jay," Ebersol said. "It seems like professional jealousy."

TV // 3 hours ago
Aidy Bryant: 'Shrill' character's battle 'is never over'
LOS ANGELES, May 6 (UPI) -- Aidy Bryant says the final season of "Shrill" will show her character achieve a modicum of success and self-esteem, but will struggle with those things for the rest of her life. 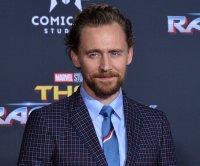 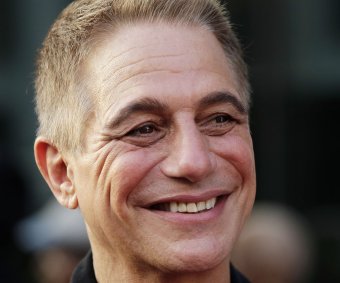