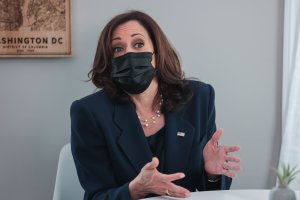 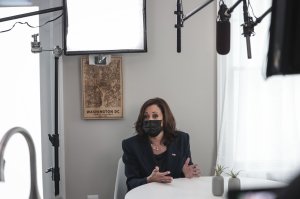 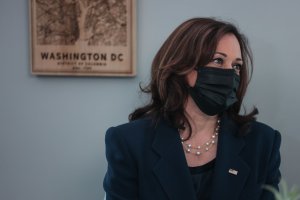 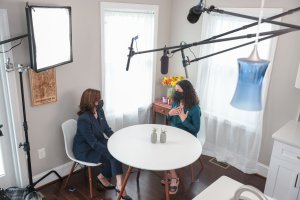 Health News // 1 year ago
COVID-19 immunity may last at least 6 months after recovery
Immunity to the new coronavirus may last six months or longer after people recover from infection, a new study suggests.

TV // 2 years ago
'SNL' will air remote version of show starting Saturday
NBC's sketch comedy series "Saturday Night Live" announced plans to produce a remote version of the show in a tweet on Thursday. The first #SNLAtHome will air Saturday.

Movies // 2 years ago
What to binge: Comedy classics streaming in April
For anyone who needs a good laugh while confined to self-isolation, many of the greatest comedy movies of all time are streaming or available to rent or buy.

Let's face it, a college community is a diverse environment, and there was sensitivity to the notion of white, privileged athletes beating up on a black woman

Our current study, combined with earlier work, shows that the two processes associated with the progression of Alzheimer's disease -- the build-up of protein deposits known as amyloid plaques and neurofibrillary tangles -- can be inhibited with lithium

Psychiatric drug may thwart Alzheimer's May 21, 2003

I've been a fan of Coach (Quin) Snyder's ever since he was at Duke, and when I made my decision to transfer, Missouri was one of the schools that I had in mind from the start

I've been a fan of Coach (Quin) Snyder's ever since he was at Duke, and when I made my decision to transfer, Missouri was one of the schools that I had in mind from the start

Cornelius Crane "Chevy" Chase (pronounced /ˈtʃɛvi/; born October 8, 1943) is an American comedian, writer, and television and film actor, born into a prominent entertainment industry family. Chase worked a plethora of odd jobs before moving into comedy acting with National Lampoon. He quickly became a key cast member in the inaugural season of Saturday Night Live, where his Weekend Update skit soon became a staple of the show. Chase is also well-known for his portrayal of the character Clark Griswold in four National Lampoon's Vacation films, and for his roles in other successful comedies such as Caddyshack (1980), Fletch (1985), and ¡Three Amigos! (1986). He has hosted the Academy Awards twice (1987 and 1988) and briefly had his own late-night talk show, The Chevy Chase Show. Currently, he appears as Pierce Hawthorne on the NBC comedy series Community.

Chase was born in Lower Manhattan, New York City. His father, Edward Tinsley "Ned" Chase, was a prominent Manhattan book editor and magazine writer. His mother, Cathalene Parker (née Browning), a concert pianist and librettist, was the daughter of Miles Browning, who served a critical role at the Battle of Midway in World War II; she was adopted as a child by Cornelius Vanderbilt Crane, and took the name Cathalene Crane. Chase's maternal grandmother was an opera singer who performed several times at Carnegie Hall. Chase is a fourteenth-generation New Yorker, and was listed in the Social Register at an early age. His mother's ancestors arrived in Manhattan starting in 1624. Among his ancestors are New York City mayors Stephanus Van Cortlandt and John Johnstone; John Morin Scott, General of the New York Militia during the American Revolution; Anne Hutchinson, dissident Puritan preacher and healer; and Mayflower passengers and signers of the Mayflower Compact, John Howland and the Pilgrim colonist leader and spiritual elder of the Plymouth Colony, William Brewster. Chase's paternal grandfather was artist/illustrator Edward Leigh Chase, and his great-uncle was painter/teacher Frank Swift Chase.

Chase was named for his adoptive grandfather Cornelius. The name Chevy was a nickname bestowed by his grandmother, derived from the medieval English The Ballad of Chevy Chase. As a descendant of the Scottish Clan Douglas, the name "Chevy" seemed appropriate to her.

FULL ARTICLE AT WIKIPEDIA.ORG
This article is licensed under the GNU Free Documentation License.
It uses material from the Wikipedia article "Chevy Chase."