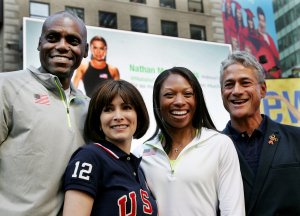 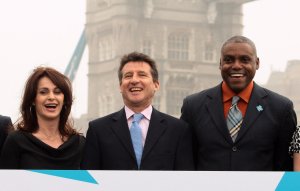 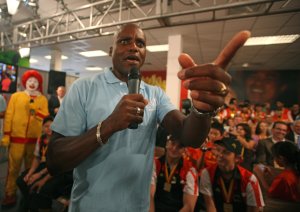 U.S. News // 5 years ago
Smithsonian's Museum of African American History set for grand opening
The new D.C. museum is set to open Monday, but members of the news media got a sneak peek at the facility's dedication on Wednesday.

Sports News // 5 years ago
No. 15 Houston upends No. 3 Oklahoma
HOUSTON -- Tom Herman initially had no intention of trying to replicate Auburn's famous "Kick Six" from 2013.

Given the nature of the medical team's report, I find that the action's of Katie's parents was not all together reasonable and endangered the child

Frederick Carlton "Carl" Lewis (born July 1, 1961) is an American former track and field athlete, who won 10 Olympic medals including 9 gold, and 10 World Championships medals, of which 8 were gold. He is currently running as a Democrat for the New Jersey State Senate's 8th legislative district seat in Burlington County, New Jersey.

His career spanned from 1979 when he first achieved a world ranking to 1996 when he last won an Olympic title and subsequently retired. Lewis became an actor and has appeared in a number of films. In early 2011 Lewis announced a run as a Democratic candidate to represent the 8th Legislative District in the New Jersey Senate, a seat currently held since November 2010 by Republican Dawn Marie Addiego. In April, New Jersey Lt. Gov. and Secretary of State Kim Guadagno ruled that Lewis was ineligible to run because he failed to meet state residency requirements. A federal district court in Philadelphia ruled on September 7, 2011 that Lewis did not meet the residency requirement, that the law was constitutional, and that his name may be removed from the ballot for the November 2011 general election. A week later, on Sept 13, the U.S. Court of Appeals overruled the lower court decision, and Carl Lewis was back in the race.

FULL ARTICLE AT WIKIPEDIA.ORG
This article is licensed under the GNU Free Documentation License.
It uses material from the Wikipedia article "Carl Lewis."