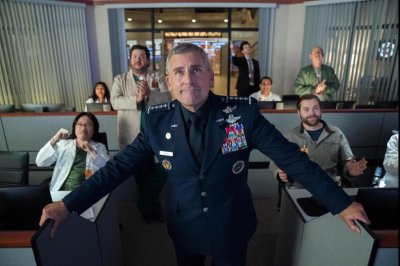 Entertainment News // 3 years ago
Brad Grey, former Paramount CEO, dead at 59
Former chairman and CEO of Paramount Pictures Brad Grey has died at the age of 59.

Sports News // 5 years ago
Dwyane Wade, Miami Heat rally to beat Indiana Pacers in OT
MIAMI -- If you watched the Brad Pitt film in which his character aged backward and kept getting younger, then you know how coach Erik Spoelstra feels.

The Curious Case of Benjamin Button is a 2008 American fantasy drama film, based on the 1921 short story of the same name written by F. Scott Fitzgerald. The film was directed by David Fincher, written by Eric Roth and Robin Swicord, and stars Brad Pitt and Cate Blanchett. The film was released in the United States on December 25, 2008.

In August 2005, an elderly Daisy (Cate Blanchett) is on her deathbed with her daughter Caroline (Julia Ormond) in a New Orleans hospital as Hurricane Katrina approaches. Daisy tells Caroline the story of a blind clockmaker named Gateau (Elias Koteas), who was commissioned to create a clock to hang in the New Orleans train station. After receiving news of his son's death in World War I, he continued work on his clock, but intentionally designed it to run backward, in the hope that it would bring back those who died in the war. After her story, Daisy asks Caroline to read aloud from a diary containing photographs and postcards written by Benjamin Button (Brad Pitt). Caroline begins to read as the story transitions to Benjamin's narration.

FULL ARTICLE AT WIKIPEDIA.ORG
This article is licensed under the GNU Free Documentation License.
It uses material from the Wikipedia article "Benjamin Button."
Back to Article
/