Taraji P. Henson gets a star on the Hollywood Walk of Fame

Taraji P. Henson sits beside her star during an unveiling ceremony honoring her with the 2,655th star on the Hollywood Walk of Fame in Los Angeles on Monday. Photo by Jim Ruymen/UPI. | License Photo

Taraji P. Henson holds a replica plaque during an unveiling ceremony honoring her with the 2,655th star on the Hollywood Walk of Fame. Photo by Jim Ruymen/UPI. | License Photo

Taraji P. Henson wipes away tears during an unveiling ceremony for her star on the Hollywood Walk of Fame. Photo by Jim Ruymen/UPI. | License Photo

Taraji P. Henson is joined by her fiance, former NFL player Kelvin Hayden as she is honored with a star on the Hollywood Walk of Fame. Photo by Jim Ruymen/UPI. | License Photo

Taraji P. Henson is joined by singer Mary J. Blige (L) and director John Singleton during an unveiling ceremony honoring her with the 2,655th star on the Hollywood Walk of Fame. Photo by Jim Ruymen/UPI. | License Photo

Henson, 48, was honored in a ceremony in front of the Eastown apartment complex in the 6200 block of Sunset Boulevard on Monday, where she was joined by director John Singleton and singer Mary J. Blige.

"I just want to thank all the beautiful fans who came out today because you didn't have to, I can't reach all of you, but I want you to know you mean the world to me, because I wouldn't be here if it weren't for you," Henson said, fighting back tears.

Henson made her film debut in 2001's Baby Boy and delivered a breakthrough performance in Hustle & Flow in 2005, where she also provided vocals for the Oscar-winning song "It's Hard Out Here for a Pimp."

She was nominated for best supporting actress at the 2009 Academy Awards for her role in Benjamin Button and shared the Screen Actors Guild Award for outstanding performance by a cast in a motion picture with her castmates from Hidden Figures in 2017.

Henson also appeared on television with roles on The Parent "Hood" and Sister, Sister in 2001 and was part of the cast of the Lifetime crime drama The Division from 2001 to 2004. She currently stars on Empire, which earned her Emmy nominations for lead actress in a drama series in 2015 and 2016 and a Golden Globes win in 2016.

Blige, who appeared with Henson in the 2009 Tyler Perry-directed film I Can Do Bad All by Myself, recalled watching her in Baby Boy and praised her for sharing her knowledge as an actress.

"This star is way overdue," Blige said. "It is a blessing to know someone so talented, so real and so much fun."

Singleton, who directed Henson in Baby Boy, said she had earned the ability to get the films she wants made after her long career as a remarkable actress.

"One thing that she does very well ... is when she makes these movies, people from around the world ... watch these roles that she plays and they see themselves in her and her performances no matter what character she plays," he said.

Henson dedicated her star to the next generation of actresses, while paying respect to those who came before her.

"I fight for roles that will break through glass ceilings so that with these young women coming behind me, they won't have the same narrative that we had," she said. 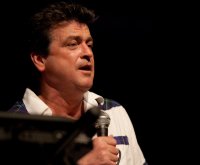 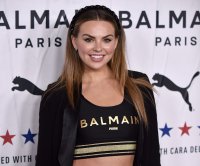 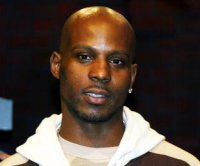 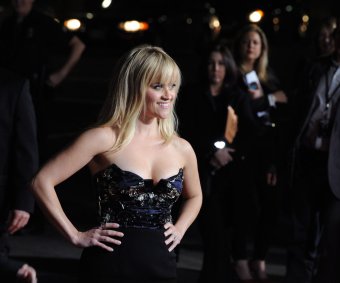