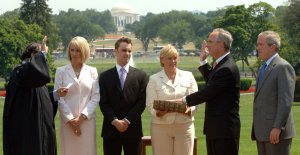 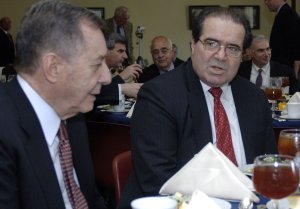 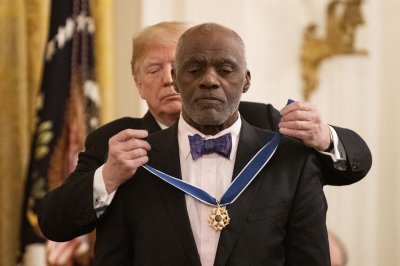 U.S. News // 1 year ago
Trump honors Alan Page, Elvis, 5 others with Medal of Freedom
NFL Hall of Famer Alan Page might be the most unexpected recipient yet of a Medal of Freedom from President Donald Trump.

Voices // 1 year ago
Kavanaugh is a threat to Roe vs. Wade -- but not the only one
With the confirmation of Brett Kavanaugh to the U.S. Supreme Court, some are wondering: Will Roe vs. Wade continue to be the law of the land? 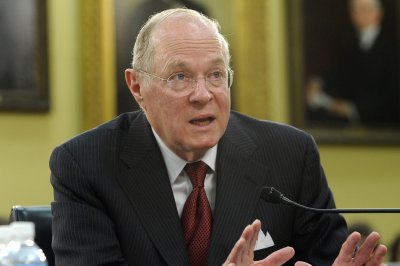 Voices // 1 year ago
Trump's choice to replace Justice Kennedy will likely be a white man, like his other court nominees
Justice Anthony Kennedy announced on June 27 that he will retire from the Supreme Court, giving President Trump the opportunity to appoint a second justice.

It may be true that petitioners here, like the defendants in other 'honest services' cases, have acted improperly. But 'Bad men, like good men, are entitled to be tried and sentenced in accordance with law,

The fact that the contraband is not presently at the place described is immaterial, so long as there is probable cause to believe it will be there when the warrant is executed

The court's decision today is perhaps driven by a feeling that the subject of assisted suicide is not of the federal government's business. ... If the term 'legitimate medical purpose' has any meaning, it surely excludes the prescription of drugs to produce death

We conclude that Colorado has not created such an entitlement

Antonin Gregory Scalia (pronounced /skəˈliːə/  ( listen); born March 11, 1936) is an American jurist who serves as an Associate Justice of the Supreme Court of the United States. As the longest-serving justice on the Court, Scalia is the Senior Associate Justice. Appointed to the Court by President Ronald Reagan in 1986, Scalia has been described as the intellectual anchor of the Court's conservative wing.

Scalia was born in Trenton, New Jersey, and attended public grade school and Catholic high school in New York City, where his family had moved. He attended Georgetown University as an undergraduate, and obtained his Bachelor of Laws degree from Harvard Law School. After spending six years in a Cleveland law firm, he became a law school professor. In the early 1970s, he served in the Nixon and Ford administrations, first at minor administrative agencies, and then as an assistant attorney general. He spent most of the Carter years teaching at the University of Chicago, where he became one of the first faculty advisers of the fledgling Federalist Society. In 1982, he was appointed as a judge of the United States Court of Appeals for the District of Columbia Circuit by President Ronald Reagan.

In 1986, Scalia was appointed by Reagan to the Supreme Court to fill the associate justice seat vacated when Justice William Rehnquist was elevated to Chief Justice. Whereas Rehnquist's confirmation was contentious, Scalia was asked few difficult questions by the Senate Judiciary Committee, and faced no opposition. Scalia was unanimously confirmed by the Senate, and took his seat on September 26, 1986.

FULL ARTICLE AT WIKIPEDIA.ORG
This article is licensed under the GNU Free Documentation License.
It uses material from the Wikipedia article "Antonin Scalia."
Back to Article
/