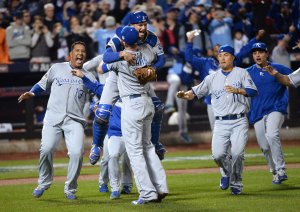 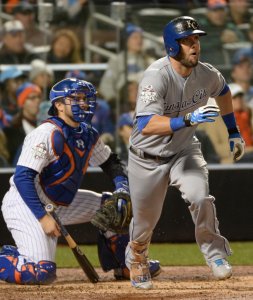 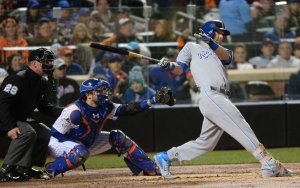 MLB // 1 year ago
Cubs use trio of homers to hold off Royals
The Chicago Cubs used a trio of timely home runs to hold off the Kansas City Royals for a win and maintain their hold on the best record in the National League.

MLB // 3 years ago
Kansas City Royals left with decisions to make versus Chicago Cubs
Manager Ned Yost is coming up with some unique Kansas City Royals lineups as the club is facing a stretch of a plethora of left-handed pitchers.

Alex was born into a baseball-loving family in Lincoln, NE. Anecdotes indicate that all four of the Gordon Boys, Eric, Alex, Brett and Derek were named after famous baseball players. All of the boys played baseball from a very early age.

Gordon was a two-time Gatorade Nebraska Player of the Year after hitting .483 with 25 home runs and 112 RBI at Lincoln Southeast High School in Lincoln, Nebraska, from which he graduated in 2002.

FULL ARTICLE AT WIKIPEDIA.ORG
This article is licensed under the GNU Free Documentation License.
It uses material from the Wikipedia article "Alex Gordon."