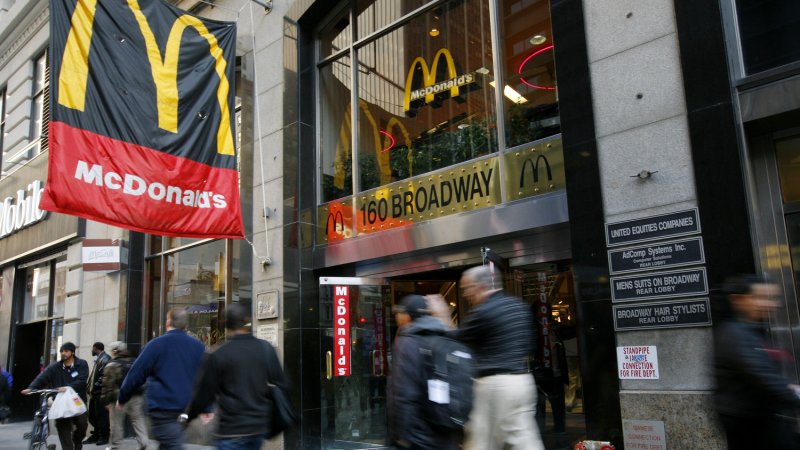 During the Q&A session, Robertson stood up to question Thompson about the fast food chain's offerings for children.

"Something that I don't think is fair is when big companies try to take kids into eating foods, that isn't good for them by using toys and cartoons characters," she said.

"It would be nice if you stopped trying to trick kids into wanting to eat your food all the time."

My kids also eat McDonald's. When they were about your size, to my son who is with us today, who was a little bit bigger, he was a football player, and also they cook with me at home. I love to cook. We cook a lot of fruits and veggies at home.

He went on to list the ways that McDonald's added more fruits and veggies to their kid's meals.

According to Business Insider, Thompson also responded to a doctor who questioned the brand's efforts to reach children, saying that McDonald's has "always" sold "high quality food."