Much like human babies, baby gorillas are cute, they crawl before learning to walk and they love breast milk. Here are some interesting facts about these tiny primates who share about 98.3 percent of their DNA with humans.

1. Baby gorillas are nursed by their mothers for about two and a half years.

Advertisement
2. Newborn gorillas only weigh about 3 to 4 pounds. That's about half the average of human babies whose weight is usually around 7 pounds. As adults, gorillas can weigh up to 500 pounds.

Advertisement
3. Gorillas start to crawl at around two months old and learn to cling to their mothers' backs before learning to walk at around nine months. At four months, they're experts at grasping their mothers' fur and can eat and sleep on piggyback.

4. Baby gorillas stay with their mothers for three to four years, the same amount of time a female gorilla waits between pregnancies, on average.

Advertisement
5. Unlike adult gorillas who make their nests on the ground, young gorillas build theirs in trees. Nursing gorillas usually share a nest with their mothers. 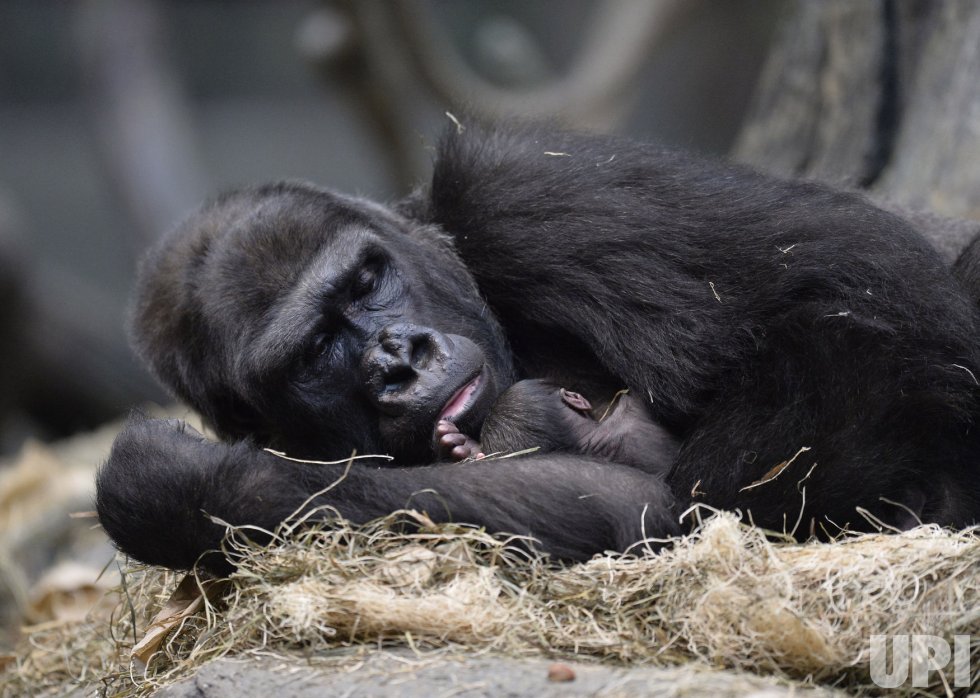 6. Male gorillas mature at the age of 11 and female gorillas do so around age 8. They live for about 35 years in the wild and 50 years in captivity.

Advertisement
7. When males reach maturity at about 10 to 12 years, they may leave their group to live as solitary silverbacks (group leaders) or to start a new family group. 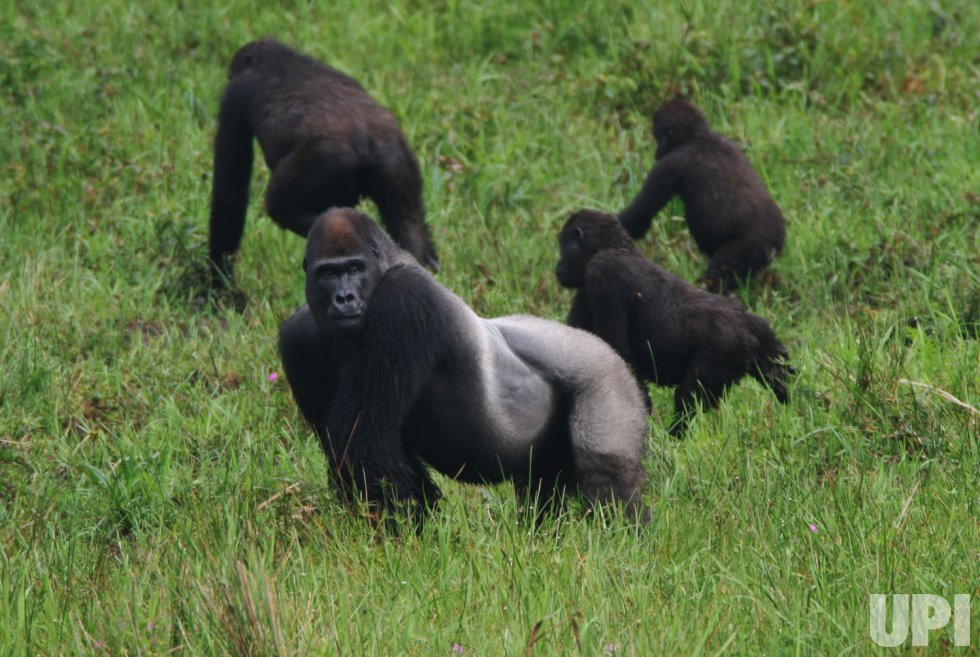 A western lowland gorilla silverback walks among members of a group of gorillas in an undated photo taken the Republic of Congo. The Wildlife Conservation Society has tallied more than 125,000 western gorillas in two adjacent areas of the northern part of the Republic of Congo, which is the highest gorilla densities ever recorded, as high as eight individuals in an area smaller than half a square mile. (UPI Photo/Thomas Breuer/Wildlife Conservation Society) | Permalink

8. Gorillas don't need to drink water. They get all the moisture they need from food and morning dew.