June 27 (UPI) -- Firefighters worked to control a fire in northeastern Spain Thursday that has blazed through 12,355 acres of land since manure combusted on a farm a day ago.

The wildfire started Wednesday in Torre de L'Espanyol, a municipality in the Catalan province of Tarragone, when manure spontaneously combusted on a farm.

Miquel Buch, the head of the regional interior department, said that recent high temperatures likely led to the highly flammable manure combusting, which started the fire.

The early summer heatwave, which is intensifying across Europe, and strong winds have made it harder for the more than 500 firefighters and soldiers working to control the huge forest fire.

The fire has led to evacuation of 53 residents, and cut off five roads, as authorities have warned people not to enter the area unless absolutely necessary.

Hundreds of sheep have reportedly died in the fire.

"Let's be very aware that any irresponsibility could end up being a catastrophe," Buch added.

David Borrell, head of the Catalan Fire Department, said Thursday in a declaration to Catalunya Radio collected by Europa Press that it was hard to "be optimistic."

"The weather conditions are not favorable, this makes us overwhelmed and work hard to achieve the objectives," Borrell said. "The complication is not so much of available resources but of the difficulty that the terrain presents us and the meteorological conditions."

He added that next to the fire of 2012 in Jonquera (Girona), the current fire will be one of the worst in the last 20 years. 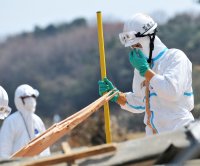 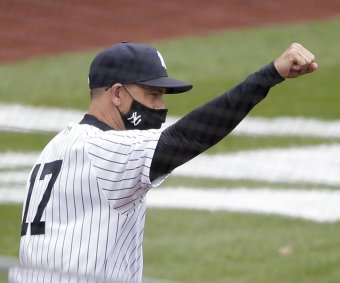