Dec. 3 (UPI) -- The U.S. economy added a little more than 200,000 jobs during the month of November, the Labor Department said in its monthly assessment Friday -- roughly half what most analysts expected.

Most economists predicted Friday's report would show about a half-million new jobs.

The new figure follows a stellar report a month ago that said 530,000 jobs were created in October, surpassing expectations.

The department said the unemployment rate for the month declined slightly to 4.2%.

Friday's report said the number of unemployed persons in the United States fell by 542,000, to 6.9 million, in November. That figure and the unemployment rate are both significantly better than they were in the middle of 2020, during the worst of the COVID-19 impact. But both are also still higher than prepandemic levels.

He said that it's important to note that the rate of Black and Hispanic unemployment is declining sharply.

"Wages are up. Workers in transportation and warehouses have seen their wages go up 10% this year," he said.

RELATED Federal Reserve may ramp up tapering of bond-buying, enacted due to COVID-19

"Americans have more in their pockets than they did last year. Household income is stronger than it was before the pandemic. Applications for new small businesses are up 30%, were cutting child poverty in America by 40%."

Wednesday, ADP and Moody's Analytics reported 534,000 new jobs in the private sector in November, which topped most analysts' projections.

On Thursday, the Labor Department reported a slight uptick in new unemployment filings last week to about 222,000. The week before, new claims plummeted to 194,000, which was the fewest for any week dating back to 1969.

Biden added that his administration is presently working to increase needy families' access to food for the holidays.

"Shelves will be well stocked," he said.

Biden also said operations at key U.S. ports have picked up recently, helping to ease the economic fallout from disruptions in the global supply chain this year. 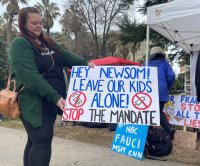 U.S. News // 17 minutes ago
Boeing to pour $450 million into program for self-driving air taxi
Jan. 24 (UPI) -- Aviation company Boeing said Monday that it's investing almost a half-billion more dollars into its sky taxi startup Wisk Aero, in a bid to bring the first self-flying air taxi to the market before the decade is out.

U.S. News // 1 hour ago
3 states, D.C. sue Google for 'misleading' users about location tracking data
Jan. 24 (UPI) -- A group of four attorneys general filed lawsuits on Monday against Google, arguing that the tech giant misled users for years about when their location could be tracked by the company.

U.S. News // 1 hour ago
Supreme Court to hear cases that say affirmative action at colleges is discriminatory
Jan. 24 (UPI) -- The U.S. Supreme Court said that it's agreed to hear two cases that challenge the consideration of race in admissions programs at two major American universities -- adding another contentious issue to its current docket. 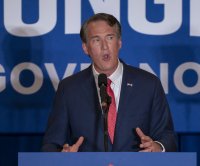 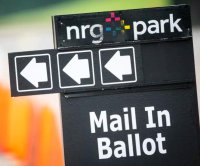