About 28% of Southwest employees opt for buyouts or extended leave

July 20 (UPI) -- Southwest CEO Gary Kelly told employees Monday that about 28% of the workforce opted for extended leaves of absence or buyouts amid furlough threat.

About 4,400 employees agreed to the buyouts and nearly 12,500 agreed to partially paid extended leave, representing about 17,000 employees, or 28% of the workforce, Kelly told CNBC.

Southwest offered what it called "the most generous buyout package in our history" to avoid layoffs and furloughs in the fall, Dallas Morning News had reported last month.

Along with other airlines, Southwest has been trying to reduce costs before the Sept. 30 end to obligations under the Payroll Support Program in the CARES Act to not make any layoffs in exchange for government aid.

According to the Transportation Security Administration, the COVID-19 pandemic has hit the air carriers hard with traffic down 80% year-over-year since March and down by up to 96% in April. Over Fourth of July weekend, air travel was still down 70 percent year-over-year, TSA figures show.

The Dallas-based Southwest Airlines buyout package offered employees who worked more than a decade at the company and retire early a year's pay along with company paid health insurance for a year, and four years of flight privileges, according to the Dallas Morning News report. It also offered pilots about two-thirds of their average salary for five years or until they hit 65. The extended leave plan for up to 18 months would give employees 50 percent pay along with health and flight benefits. For pilots, this same extended time off plan would offer them about 60 percent of their regular pay.

"Overall, I'm very pleased with the response to these programs," Kelly told the Southwest team. "I'm incredibly grateful to those of you who answered the call. I know there are stories behind every one of those 16,895 decisions."

Other airlines have also offered early retirement packages amid declining business due to the pandemic.

Sunday was the deadline for pilots at Delta Air Lines to sign up for early retirement packages and more than 2,000 pilots did so, according to the pilots' union.

Earlier this month United Airlines and its pilots union agreed to voluntary furlough and early retirement plans to cut costs, as the U.S. carrier expected widespread cuts after Sept. 30.

Other airlines have found other ways to cope with the sharp decline in travel demand amid the pandemic.

On Friday, British Airways retired its whole fleet of Boeing 747 airliners, otherwise set to retire in 2024, because of damage to the travel industry due to the COVID-19 pandemic. 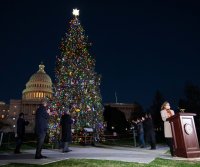