Royal Caribbean said in a motion to dismiss family's lawsuit over toddler's death aboard cruise ship last summer that surveillance video shows that the grandfather was aware that the window was open before the toddler's fall. File Photo by John Angelillo/UPI | License Photo

Jan. 18 (UPI) -- Royal Caribbean has released video and still images appearing to show that an Indiana man was aware a window on a cruise ship was open before his granddaughter fell out of it to her death.

The cruise line released the surveillance video as part of its motion to dismiss a lawsuit filed last month by the toddler's family.

The 18-month-old, Chloe Wiegand, fell to her death on July 8 in Puerto Rico after her grandfather, Salvatore Anello, sat her on the window sill in the dining hall on Deck 11 of the Freedom of the Seas and lost his balance, Port Authority spokesman Jose Carmona said, according to CNN.

Anello said he didn't realize the window was open and Chloe slipped from his grasp and fell to the deck 150 feet below, but Royal Caribbean said in its motion to dismiss filed on Jan. 8 that video surveillance shows Anello leaning out the window before picking up Chloe.

"When he arrives at the open window, and while Chloe is on the floor, Mr. Anello leans his upper-torso over the wooden railing and out of the window frame for approximately eight seconds," the motion to dismiss reads. "Because Mr. Anello had himself leaned out the window, he was well aware that the window was open."

Anello then picked Chloe up and lifted her "over the wooden rail towards the open window," it continued.

He held her up "for 34 seconds before he lost his grip and dropped Chloe out the window," Royal Caribbean added.

The family's attorney, Michael Winkleman, maintained that Anello "never knew there was an open window" and called the motion "baseless and deceptive."

"It is clear that Royal Caribbean's tactic is to blame Chloe's grandfather rather than to accept that Royal Caribbean did not implement industry standards for toddler safety aboard its ships which ultimately led to Chloe's tragic death," Winkleman said in a statement Friday.

The family filed the lawsuit last month in the U.S. District Court in the Southern District of Florida, saying the cruise line failed to protect Chloe by not installing a warning sign or safety devices on the open window.

U.S. News // 26 minutes ago
Expert says George Floyd died of asphyxia; judge won't sequester jurors in Chauvin trial
April 12 (UPI) -- Testimony in the Derek Chauvin murder trial in Minneapolis entered its third week on Monday with a judge rejecting a defense motion to sequester the jury due to a separate police shooting involving another Black man.

U.S. News // 1 hour ago
Uber, Walgreens, PayPal to cover COVID-19 vaccine rides for needy in U.S.
April 12 (UPI) -- Walgreens is partnering with Uber and PayPal in an effort to give needy people rides to pharmacies so they can be vaccinated against COVID-19, the companies said Monday. 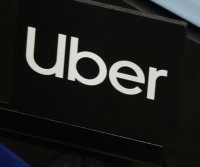 U.S. News // 7 hours ago
Regeneron says antibody drug effective at preventing, treating COVID-19
April 12 (UPI) -- Regeneron said Monday it will ask the Food and Drug Administration to expand emergency use authorization for its antibody drug to be used as a preventative treatment against COVID-19.

U.S. News // 12 hours ago
Fatal police-involved shooting near Minneapolis sparks protests
April 12 (UPI) -- Hundreds of people took to the streets of the Minneapolis suburb of Brooklyn Center on Sunday night after a man was fatally shot by a police officer during a traffic stop.