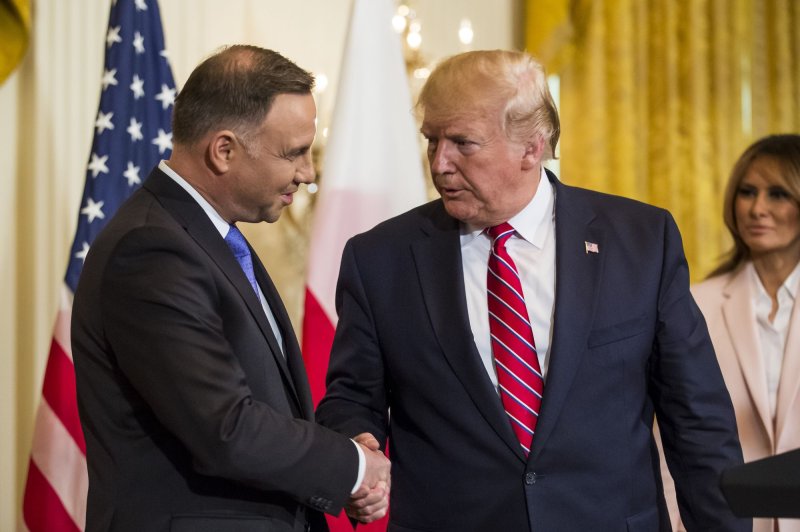 The program allows Poles to spend up to 90 days in the United States without a visa. Poland is the first country added since 2014. To qualify, the number of Polish citizens who are refused U.S. visas had to fall below 3 percent. That number was well over 25 percent in 2006. In 2018, the number dropped to 3.99 percent, mostly from Poles who overstayed their visas.

An estimated 23 million travelers arrived through the program from various countries in 2017, generating $190 billion in economic activity in the United States.

"The inclusion of Poland into the Visa Waiver Program is a testament to the special relationship that exists between our two countries, and the ongoing friendship and close cooperation on our joint security priorities," Acting Secretary of Homeland Security Kevin McAleenan said. "We look forward to continuing to work with the Polish government as we deepen our security cooperation as well as make travel easier for our citizens."

President Donald Trump signed the preliminary authorization to admit Poland to the program on Oct. 4, and it went into effect Monday.

Some are concerned that Poland gave up too many concessions to make the deal happen.

Poland was the only country on the European Union's visa-free travel list to not get that privilege in the United States.

"Poles are very pro-American," Visegrad Insight senior associate Marcin Zaborowski told Al Jazeera. "It influences our political decisions, such as participating in the wars in Iraq and Afghanistan. We back the U.S. in the United Nations. We hosted a [U.S.-led] Middle East Summit in February."

[Mosbacher] took lead of the issue, and became its face," Dabrowska-Winterscheid told Al Jazeera. "Perhaps until now we were simply missing such a leader. During our meetings, she would speak about the problem and ask firms directly."

The United States recently stationed 1,000 additional troops in Poland as the "cherry on top" for U.S-Polish relations, said Professor Arthur Wroblewski, a lecturer in American studies at Warsaw Lazarski University.

American Airlines will launch the first route from Chicago to Krakow in 2020 while LOT Polish Airlines will increase seats on current routes to the United States by 20 percent.

But it's a different type of aircraft that could be motivating the decision.

"In exchange for the visas, which have little practical meaning, we were willing to offer to buy F-35 planes, which we do not need at all," Zabrowski said.

U.S. News // 5 hours ago
California lawmakers reach agreement to return schools to in-person learning
March 1 (UPI) -- California Gov. Gavin Newsom and state lawmakers reached an agreement on Monday to provide funding to schools that are able to return to in-class instruction for students in kindergarten through second grade by April 1.

U.S. News // 7 hours ago
Pentagon: 1 militia member killed, 2 injured in Syria airstrike
March 1 (UPI) -- The Pentagon on Monday said the U.S. airstrike carried out in Syria last week killed one member of an Iranian-backed militia and injured two others.