Central American migrants rest in the municipality of Arriaga, state of Chiapas, Mexico, on October 26, 2018. File Photo by Jacob Garcia/EPA-EFE

epa07105197 First Honduran migrants families enter to Mexican territory through the border with Guatemala in Hidalgo, Mexico, 19 October 2018. Honduran migrant caravan begins to enter to Hidalgo City in Mexico from Guatemala, where they were received by police, migration agents and human rights organizations. EPA-EFE/ESTEBAN BIBA

EL PASO, Texas, Oct. 29 (UPI) -- The migrant caravan of Central Americans headed toward the United States has provoked an increasingly frustrated President Donald Trump to tweet "people have to apply for asylum in Mexico first."

But for that to happen, there would have to be a "safe third country" agreement between the United States and Mexico. There isn't.

Canada is the only country to have such an agreement with the United States, signed in 2002.

The Trump administration has been trying to secure such an agreement with Mexico for months. With the Honduran migrant caravan headed to the U.S.-Mexico border, two Republican senators on the Judiciary Committee have urged the administration to do so, to "send a message to our partners across Central America that they, too, must share the burden of unsanctioned mass migration."

Meanwhile, on Friday, Mexican President Enrique Peña Nieto announced temporary work permits for Central Americans fleeing from violence and economic dislocation, facilitating their access to medical care and school for primary age children. The work permits are only for the southern states of Oaxaca and Chiapas.

If the United States had a safe third country agreement with Mexico, it could close ports of entry on the southern border to some types of asylum seekers, requiring them to petition for asylum in Mexico instead.

But the proposal faces high hurdles: Mexico's new president has signaled a more open approach to migration. On Tuesday, Alejandro Encinas, the new deputy interior minister for human rights, told UPI the incoming government will not enter into any negotiations over a safe third country agreement with the United States.

"We are not going to do that," Encinas said, speaking at a press conference after his presentation at the Latin American drug policy conference in Mexico City.

Experts also argue that Mexico is not safe for migrants and its asylum bureaucracy is unprepared for a significant increase in applications. Encinas also told UPI the new government will increase investment in COMAR, Mexico's asylum authority.

Mexico is not safe

Immigration experts say that while Mexico could be safe for migrants in the future, it isn't now.

"I hope that Mexico will make a real commitment to improve the safety and human rights conditions facing migrants," Everard Meade, director of the Trans-Border Institute at the University of San Diego, told UPI. "But to me, the designation of Mexico as a safe third country should come after it is safe, not as a catalyst for Mexico to become more safe."

Homicides in Mexico in 2017 reached historic highs, and the country broke another milestone between January and August this year when there were 21,857 murders.

Even with these levels of drug war violence, a third safe country agreement does not mean Mexico would have to be generally safe, just that it is safe for refugees and migrants. Mexico would have to have sustained a good track record of protecting the migrants' rights.

"The chronicle of horrors of migrants passing through Mexico," Meade said, "is well documented."

"Just in terms of brute numbers," Meade said, "disappearances of migrants in Mexico compares with the worst military dictatorships and counterinsurgency campaigns and civil wars in the Western hemisphere, certainly over the last 50 years."

Sexual violence against women migrants in Mexico has also been amply documented.

In 2017, Doctors Without Borders released its report, Forced to Flee: Central America's Northern Triangle: A Neglected Humanitarian Crisis, based on 467 interviews with migrants and refugees in Mexico. Almost 70 percent of those surveyed said they had been victims of violence, and a third of the women surveyed said they had been sexually abused during the journey north, echoing findings in a 2015 United Nations report, Women on the Run.

The upcoming change in administration in Mexico could affect U.S. efforts to secure an agreement. Peña Nieto hands over government to Andres Manuel López Obrador on Dec. 1.

"The U.S. would dearly love for Mexico to take Central American migrants off their hands. Mexico doesn't share that view," said Eric Olson, deputy director of the Latin America program at the Woodrow Wilson Center in Washington, D.C.

"There doesn't seem to be any interest on the part of the Andrés Manuel López Obrador team and government to have Mexico become a third safe country that the U.S. has been pushing and dreaming about. There has been some openness on the part of the current EPN government, but it is kind of pointless."

Olson said it would be "foolhardy" to rush through an agreement before the transition.

"It might be an agreement that lasts less than two months. Theoretically, the outgoing government could take the proposal to Mexico's Congress, but Andrés Manuel's party, MORENA, has the majority there right now. I don't see the logic. But, as we all know, logic has not been the principle criteria for making decisions lately."

Ximena Suárez, the Washington Office on Latin America's assistant director for Mexico, a human rights lobbyist, said she is not just concerned about the safe third country agreement but that the United States has been "attempting to modify already ongoing migration agreements, particularly those of repatriations, to have some sort of content about Mexico as a safe third country."

Three weeks ago, the U.S. government diverted money that had been approved by Congress to pay the Mexican government to deport migrants in Mexican territory.

Olson agreed it is dangerous politically in Mexico to be seen to doing the deportation work of the United States.

"There was a huge controversy over the U.S. transferring money to Mexico to help with deportations of Central Americans. That got into a major conflict between the Mexican Congress and the outgoing administration," Olson said.

In the past, Suárez said, there was more nuance to the U.S. government's approach on the safe third country agreement.

"But now they are trying by any means to convince Mexico. The tricky situation here is that Mexico indeed needs to improve their asylum system, but not as a way to deport people, but to improve how they screen cases for protection," Suárez said, returning to the issue of migrants' safety in Mexico.

Not all immigration policy experts are opposed to the idea of Mexico being a safe third country, recognizing that Mexico wants to have a sophisticated, humanitarian immigration system.

"It gives Mexico a stature among nations that helps with the relationship in the U.S. and the rest of the world," Selee said. An agreement is a "good thing to aspire to" and the governments need to "map out what would have to happen for Mexico to become a safe third country."

Even so, Selee and Meade expressed reservations.

"I don't think Mexico is anywhere close to being there," Selee said, mentioning homicide rates, extortion, kidnappings and sexual violence. "But it's not a yes or no question. It's a what would an agreement look like question. How do we get to Mexico being safe?"

One of the major obstacles to an agreement backed by Mexican policymakers, Selee said, was the U.S. government's political rhetoric, along with family separations, zero tolerance and threatening to cut off aid or walk away from the trade agreement.

For Selee, the Trump administration's negotiating tactics have not been successful.

"I think some of the rhetoric from the U.S has poisoned the well," Selee said. "It's going to be hard for Mexican politicians to agree to something like this without appearing to be giving in."

U.S. News // 41 minutes ago
Storms poised to pummel Lone Star State prior to week's end
Thunderstorms will threaten to bring severe weather as well as needed rainfall to portions of central and southern Texas before the end of the week. 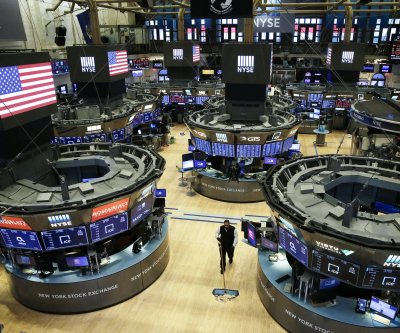 U.S. News // 2 hours ago
Texas stays third execution amid COVID-19 pandemic
April 1 (UPI) -- A Texas appeals court on Wednesday issued its third stay of execution amid a disruption to the judicial system brought on by the coronavirus pandemic.

U.S. News // 5 hours ago
Industry report: U.S. manufacturing declined in March
April 1 (UPI) -- Manufacturing activity in the United States did not grow in March and led to a decline of new orders and production, the Institute of Supply Management said Wednesday in its monthly report.