President Barack Obama's veto power will not be required to stop the resolution. 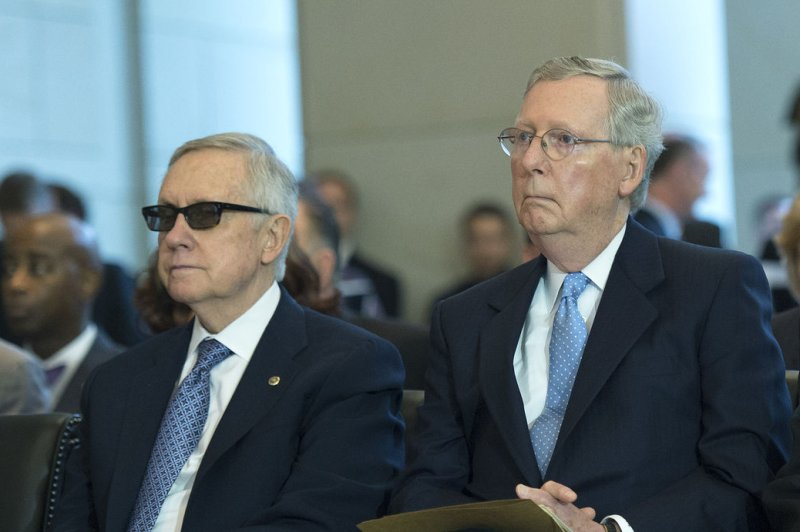 From left, Senate Minority Leader Harry Reid, D-Nev., and Senate Majority Leader Mitch McConnell, R-Ky., attend the Congressional Commemoration Ceremony in honor of the 50th anniversary of the Vietnam War on July 8 on Capitol Hill in Washington, D.C. President Obama landed a victory Thursday when Senate Democrats blocked an effort by Republicans to pass a resolution of disapproval on the Iran nuclear deal. Photo by Kevin Dietsch/UPI | License Photo

In the third vote on the issue, senators voted 56 to 42 against concluding debate on the resolution of disapproval of the deal, falling four votes short of the 60 required to move to a final vote.

The vote came several hours before the deadline to pass a resolution offering an opinion on the nuclear agreement with Iran. By blocking the resolution from proceeding, the Obama administration can protect the agreement without resorting to a presidential veto.

Sens. Ben Cardin, D-Md., Joe Manchin, D-W.Va., Bob Menendez, D-N.J., and Charles Schumer, D-N.Y., were among those who voted their opposition to moving to a final vote. Presidential candidates and Sens. Ted Cruz, R-Texas, and Lindsey Graham, R-S.C., voted to end debate, while Sens. Rand Paul, R-Ky., and Marco Rubio, R-Fla., were among those who missed the vote.

Thursday's vote came after two attempts by Democrats to block the resolution of disapproval from proceeding. Republicans attempted to arrange repeat votes in an attempt to convince two more Democrats to vote against the deal.