Ex-heavyweight champion Mike Tyson listens during a hearing with the Nevada Boxing Commission to determine his future September 19, 1998, in Las Vegas. Tyson was convicted February 10, 1992, for the rape of a beauty pageant contestant in Indianapolis. File Photo by Roger Williams/UPI | License Photo

Defending heavyweight champion Evander Holyfield, left, grimaces after being bitten on the right ear by former heavyweight champion Mike Tyson during third round action of their title fight rematch June 28, 1997, in Las Vegas. Tyson was convicted of the rape of a beauty pageant contestant February 10, 1992, in Indianapolis. File Photo by Jim Ruymen/UPI | License Photo

Indians walk through a bazaar March 12, 2009, in New Delhi. On February 10, 1931, New Delhi was named capital of India, 20 years after the city was established. File Photo by Mohammad Kheirkhah/UPI | License Photo

Army Lt. Gen. David Petraeus (L), nominee for general and commander of the Multi-National Forces in Iraq, speaks with then-Sen. Hillary Clinton, D-N.Y., before testifying at a Senate Armed Services Committee hearing on January 23, 2007, in Washington, D.C. Petraeus assumed control of the U.S. forces in Iraq at a ceremony in Baghdad on February 10, 2007. File Photo by Alexis C. Glenn/UPI | License Photo

Jesse Owens, 22, (C) wins a gold metal at the 1936 Berlin Olympics. To the right, Germany's Luz Long gives the Nazi salute. "We all have dreams, but in order to make dreams come into reality it takes an awful lot of determination, dedication, self-discipline and effort." -- Jesse Owens. File Photo UPI

RELATED UPI Archives: Mike Tyson: Trouble in and out of ring

In 1763, the Treaty of Paris ended the Seven Years' War between Britain and Spain and also the French and Indian War, with France ceding Quebec to Great Britain.

In 1870, the Young Women's Christian Association was founded in New York.

In 1897, the slogan "All The News That's Fit To Print" first appeared on Page One of The New York Times.

In 1992, an Indianapolis jury convicted former heavyweight boxing champion Mike Tyson in the rape of a beauty pageant contestant. Tyson was sentenced to six years in prison and released after three.

In 1996, a computer -- IBM's Deep Blue -- won a game against world champion chess player Garry Kasparov. But Kasparov won three games and drew two others in winning the overall match with Deep Blue.

In 2005, Prince Charles, Britain's heir to the throne, announced plans to marry longtime companion Camilla Parker Bowles. Their wedding was on April 9.

In 2007, U.S. Army Lt. Gen. David Petraeus assumed control of the U.S. forces in Iraq at a ceremony in Baghdad. He described his new job as "hard but not hopeless."

In 2008, U.S. military officials filed capital charges against six al-Qaida members for their roles in the Sept. 11, 2001, terror attacks. The admitted mastermind, Khalid Sheik Mohammed, and the others were detainees at Guantanamo Bay, Cuba.

In 2011, a 14-year-old suicide bomber in a school uniform attacked an army parade ground in Pakistan, killing at least 27 soldiers and injuring more than 40 others.

In 2013, the northeastern United States was digging out from a monster snowstorm that killed nine people and left at least 400,000 households without power.

In 2014, Shirley Temple Black, who was often called the most famous child star in history (movies Little Miss Marker and Bright Eyes, and songs "On the Good Ship Lollipop" and "Animal Crackers in My Soup") died at her home in Woodside, Calif. She was 85.

A thought for the day: "We all have dreams, but in order to make dreams come into reality it takes an awful lot of determination, dedication, self-discipline and effort." -- Jesse Owens 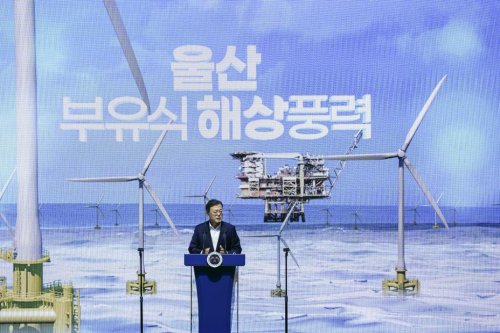 U.S. News // 6 hours ago
U.S. official: Reviving Iran nuclear deal 'absolutely' possible by mid-June
May 6 (UPI) -- The United States and Iran could return to compliance with an Obama-era nuclear deal within weeks, a senior Biden administration official said Thursday, but the decision to do so is up to Tehran.