How soon they forget -- Bill Kristol, the formerly ubiquitous television pundit who edits the Murdoch-backed Weekly Standard, may once again be in hot water with the White House. Former President George H.W. Bush used an interview with The New York Times Magazine to denounce Kristol for perpetrating a "vicious slander" against Colin Powell, who served Bush as chairman of the joint chiefs during the Gulf War. If anyone is keeping score, Kristol was not only a senior staffer in that Bush administration, but was one of the authors of the "Powell for President" boomlet in 1996.

The Washington rumor mill says Kristol is itching for war with Saddam Hussein and has unleashed criticism on anyone who he thinks might be an impediment to it, including Powell who, he says, opposed the use of force against Iraq in 1991. In the Times, Bush 41 called this "a grossly unfair, insupportable lie." Kristol last crossed swords with the White House, publicly anyway, over going to war with China.

In? -- Alan Hevesi, whose career as comptroller of New York City was cut short by his effort to become the Democratic nominee for mayor, may have his sights set on the same job statewide. According to rumors, Hevesi is seriously considering a bid for state comptroller -- a traditionally Republican post -- now that the incumbent, Democrat Carl McCall, is making his own bid for governor of the Empire State.

We're not in Kansas anymore -- Robert Reich, one of the anchors of the philosophical left wing of the Clinton Cabinet, is considering a jump into electoral waters. Reich, who served as labor secretary for much of the administration, may enter the race for the Democrat nomination for governor of Massachusetts in 2002. Incumbent Republican Gov. Jane Swift is expected to seek re-election.

Armey promotion -- Dean Clancy, the former senior health policy adviser to House Majority Leader Dick Armey, R-Texas, has been appointed the first executive director of the national Bioethics Council, according to a release from Health and Human Services Secretary Tommy Thompson. Clancy, well-known for his expertise on Capitol Hill, will oversee the administrative functions of the council, created to advise the president on the moral and ethical implications of biomedical research and new technologies, including cloning.

We are family -- With 420 affirmative votes, the U.S. House gave a thumbs up to a non-binding resolution encouraging support for efforts to reunite U.S. citizens of Korean ancestry with family members in North Korea. The text of the resolution observes that there are 500,000 Korean-Americans with relatives living in the communist-led north. Prior to passage, resolution co-author Rep. Ed Royce, R-Calif., urged the House to support the effort, "So that this historical calamity can be rectified in however small terms. The United States should stand behind its citizens and undertake measures immediately to ensure that Korean-American families have the chance to see one another ..."

Racicot watch -- With former Montana GOP Gov. Marc Racicot perched high atop the list of potential candidates for chairman of the Republican National Committee, forces opposed to him have started to mobilize. The principal criticisms of Racicot are two. First, that what Republicans really need him to do is run against Sen. Max Baucus, D-Mont., in 2002, considered a likely win for the GOP. Second, that Racicot, though anti-abortion rights, is out of sync with the national party on critical economic and political issues. Racicot opposed several efforts by the state's GOP-controlled legislature to cut taxes, vetoed a business property tax cut and vetoed a state legislature-passed paycheck protection initiative that would have stopped unions from taking dues money for political purposes out of worker paychecks. The former governor also announced that he would veto school choice if it hit his desk and is a supporter of taxing sales on the Internet.

Patently qualified -- Jim Rogan, the former California Congressman who served as a House impeachment manager during the trial of President Clinton, has been confirmed by the Senate as undersecretary of commerce. In his new job, Rogan will be responsible for the U.S. Office of Patents and Trademarks, something that has been a politically sensitive spot in recent years as new rules governing intellectual property are being contemplated.

Rough and tumble -- Sedate South Dakota is not the kind of place where one might expect to find deep-seated political rivalries, but they exist nevertheless. The latest example is the GOP primary for the U.S. House seat being vacated by Republican Rep. John Thune in order to run for U.S. Senate. Among the several candidates already exploring the race is former House member and U.S. Senator Larry Pressler, who lost the Senate seat six years ago to incumbent Democrat Tim Johnson. Also considering the race is term-limited GOP Gov. Bill Janklow, who admits he has no real desire to come to Washington. What does motivate Janklow, insiders say, is a dislike of Pressler that may go back as far as high school days. Pressler and Janklow have faced off many times in the course of their political careers. Some GOPers fear that, this time, the rivalry could cost the party the House seat. Threats from Janklow cannot be taken lightly. Current Senate Majority Leader Tom Daschle, D-S.D., owes his current national prominence to Janklow, whose 1986 primary against freshman GOP Sen. Jim Abdnor spilt the party and allowed Daschle to win the Senate seat.

Rosie's for Reno -- Talk show host Rosie O'Donnell is hosting a fundraiser for Democrat gubernatorial candidate and former U.S. Attorney General Janet Reno on Dec. 30. Tickets for the event start at $250 per person, though the location has yet to be determined. O'Donnell owns a home in Florida.

Got a tip for UPI's Capital Comment? E-mail it to CapComm@UPI.com 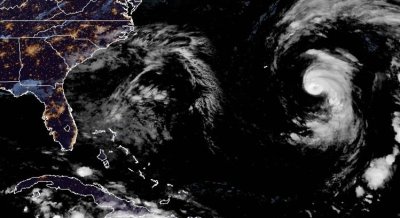 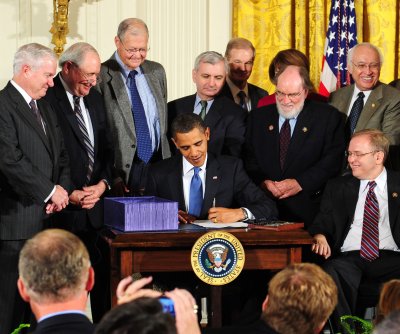 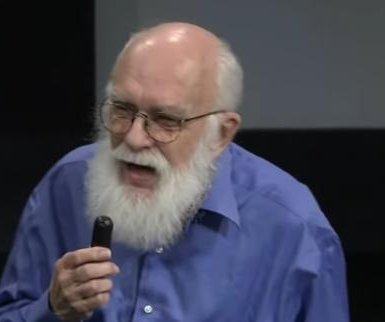