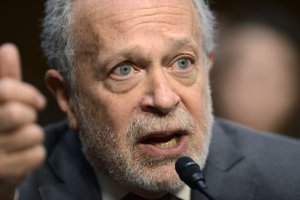 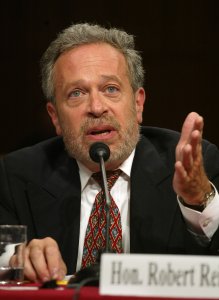 After this latest round of excesses from the private sector, coming on top of years of corporate scandals including Enron, the public is now beginning to think that it needs protection from the tycoons

I think the important point is nobody is suggesting the president is responsible directly, but he can be faulted and should be faulted for doing nothing to stem the tide

This situation is intolerable. John Kerry would not tolerate it

Stopping child labor without doing anything else could leave children worse off. If they are working out of necessity, as most are, stopping them could force them into prostitution or other employment with greater personal dangers. The most important thing is that they be in school and receive the education to help them leave poverty

While Baden Sports can quite credibly claim that their soccer balls are not sewn by children, the relocation of their production facility undoubtedly did nothing for their former child workers and their families

Robert Bernard Reich (pronounced /ˈraɪʃ/; born June 24, 1946) is an American politician, academic, writer, and political commentator. He served as the 22nd United States Secretary of Labor under President Bill Clinton, from 1993 to 1997.

Reich is an occasional political commentator on programs including Hardball with Chris Matthews, Countdown with Keith Olbermann, This Week with George Stephanopoulos, CNBC's Kudlow & Company, and APM's Marketplace. In 2008, Time Magazine named him one of the Ten Most Successful Cabinet Members of the century, and The Wall Street Journal placed him among America's Top Ten Business Thinkers. On November 7, 2008, he was selected by President-elect Barack Obama to be a member of the President-elect's economic transition advisory board.

FULL ARTICLE AT WIKIPEDIA.ORG
This article is licensed under the GNU Free Documentation License.
It uses material from the Wikipedia article "Robert Reich."