Former San Francisco 49ers defensive lineman Damontre' Moore is in his second season with the Seattle Seahawks. He also played for Seattle in 2016. File Photo by Kevin Dietsch/UPI | License Photo

Moore will be eligible to return to the Seahawks' active roster on Dec. 14 -- the day after their Week 14 matchup against the New York Jets -- meaning the earliest he could return to Seattle's lineup would be Week 15 against the Washington Football Team.

In seven games this season, the 28-year-old Moore has recorded eight total tackles, one sack and a forced fumble. He has averaged about 24 defensive snaps per game and also played extensively on special teams in his second stint with the Seahawks, who signed him to a minimum-salary contract in September. He also played for Seattle in 2016.

Moore previously was suspended for the first two games of the 2017 campaign, when he was playing for the Dallas Cowboys, for violating the league's substance-abuse policy. He also has spent time with the New York Giants, Miami Dolphins, San Francisco 49ers and Raiders over his eight-year NFL career. 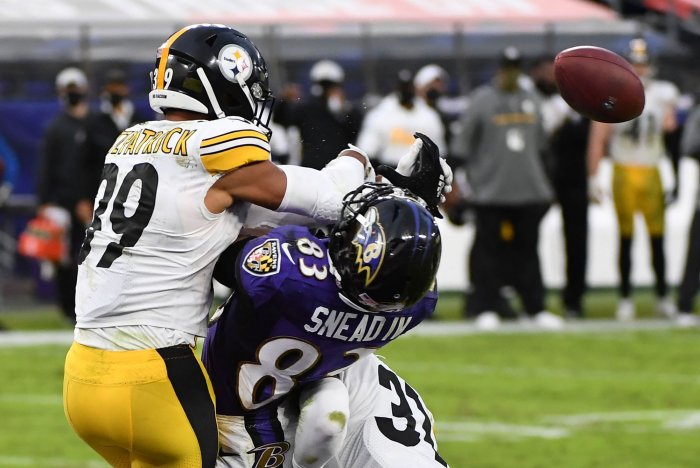 NFL // 3 hours ago
Giants' Saquon Barkley, Kadarius Toney, Kenny Golladay out vs. Panthers
Oct. 22 (UPI) -- The injury-plagued New York Giants will be without at least three key offensive players in Sunday's game against the Carolina Panthers at MetLife Stadium.

NFL // 12 hours ago
D'Ernest Johnson runs wild in spot start, leads Browns over Broncos
Oct. 22 (UPI) -- D'Ernest Johnson took advantage of a last-minute start, running for 146 yards and a touchdown and leading the Cleveland Browns to a win over the Denver Broncos in the first NFL game of Week 7.